This essay analyses the jurisdictional protection of social rights in Europe. The aim is to investigate the possibility of speaking of a 'loneliness' of constitutional courts in dealing with the so-called austerity measures originally implemented by the States on the basis of the Memorandum of Understanding (MoU) signed with the Troika. Therefore, the case law in point of the Court of Justice of the European Union, of the European Court of Human Rights and of the Portuguese Constitutional Tribunal will be examined, with some references to other constitutional courts' decisions. On the one hand, in fact, the Court of Justice of the European Union has demonstrated a high degree of self-restraint in interpreting Art. 51 of the EU Charter of Fundamental Rights. The European Court of Human Rights, on the other hand, seems unequipped to cope with social rights issues in accordance with the protection guaranteed by Art. 1, Protocol No. 1. In the ECHR case law analysed it will be shown how the Court tries to demonstrate a systemic approach. However, the European Court continues to apply a high threshold in the use of the margin of appreciation doctrine and, in the end, it admits that the national courts are in a better position to decide in that matter. In contrast, the constitutional courts appear highly aware of their role and are strongly committed to finding the right balance between the constitutional protection of social rights and sustainable financial costs. In doing so, the constitutional courts seem to consider themselves the proper place for reviewing issues so economically relevant. The risk is that this 'loneliness' may trigger a process that can threaten their legitimacy. 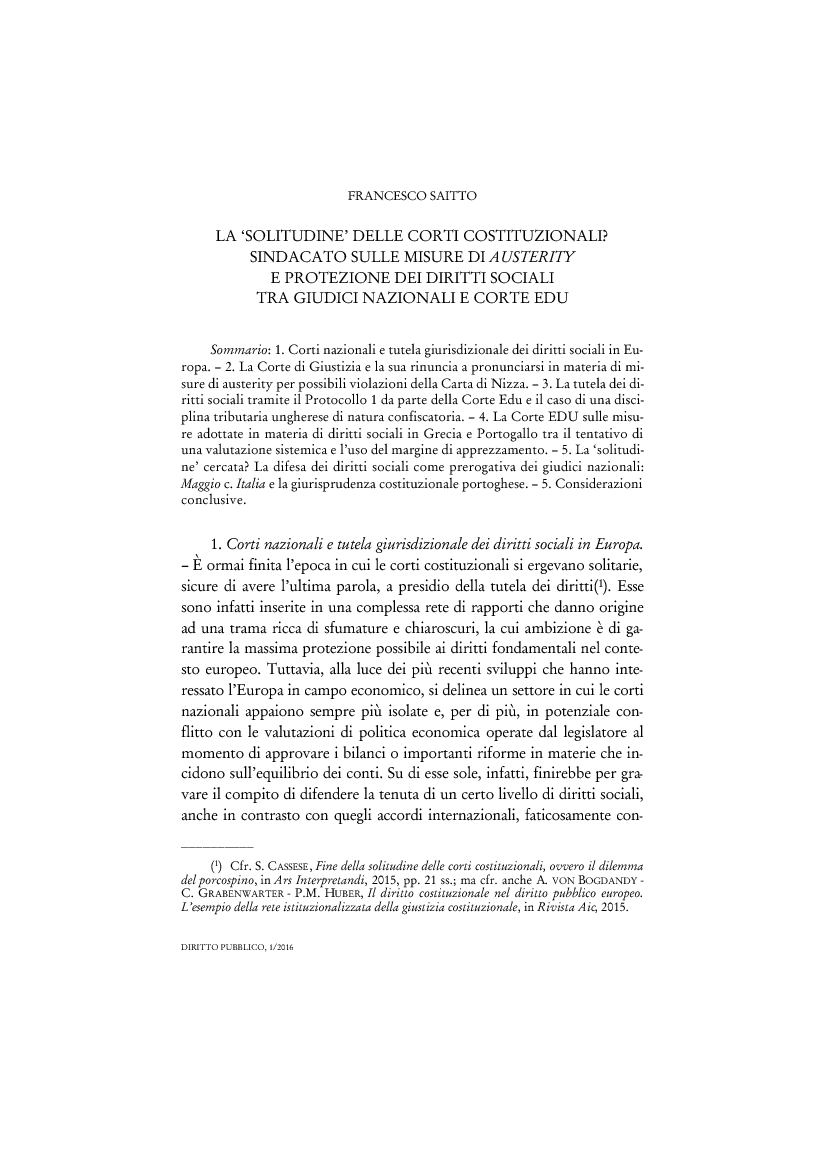