The New Religious Movements (NRMs) that emerged from American and European counter-cultures of the 1960s challenged the analytical categories of religious studies, triggering intersecting different and sometimes antithetical theoretical perspectives. Their languages, social trajectories, and trans-national adaptive capacities acquired prominent cultural significance in the analysis of globalizations: as glocal actors, NRM gained pivotal benefits from global dynamics, especially with the development of digital cultures, even when they expressed themselves as social and ethical counterparts to the modernity in which they expanded. This paper proposes a NRMs theoretical model, setting Wallis’ renowed taxonomy in a globalization studies framework and decoding NRMs relations with the socio economic, political and cultural perspectives of global cultures with the socio-economic, political and cultural perspectives of global cultures 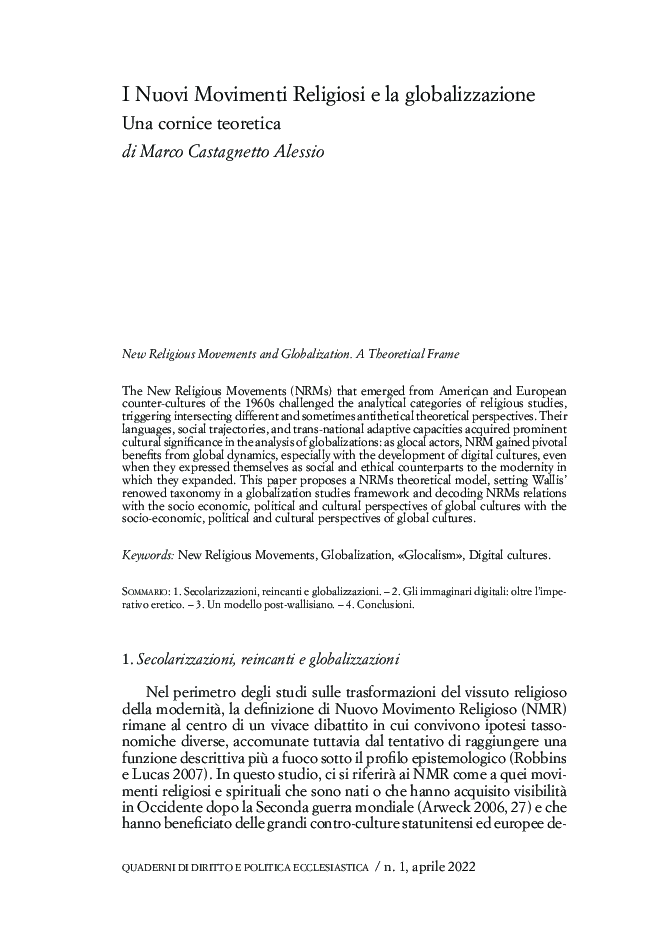