This article aims at summarizing the main conclusions of the essays collected in this volume by highlighting the common findings and the different outcomes of the selected case studies. In drawing its own conclusions, this article provides an outline of the key-concepts related to the renewed presence of religion in the public sphere, such as neutrality, secularism and citizenship, which represent the pillars of the current debate. At the same time, this work focuses on the role of immigration in the definition of new means and rules employed by nation states to accommodate religious differences. Moreover, it takes into account the case of Catholic immigrants of different nationalities in Italy and the USA, which has been largely overlooked by the literature on the subject. In doing so, it fills the gap concerning the role of the Catholic Church in providing a safety net for immigrants in regard toeducation, welfare, accommodation and employment and, at the same time, allowing the newly arrived to sustain overlapping and transnational collective identities. 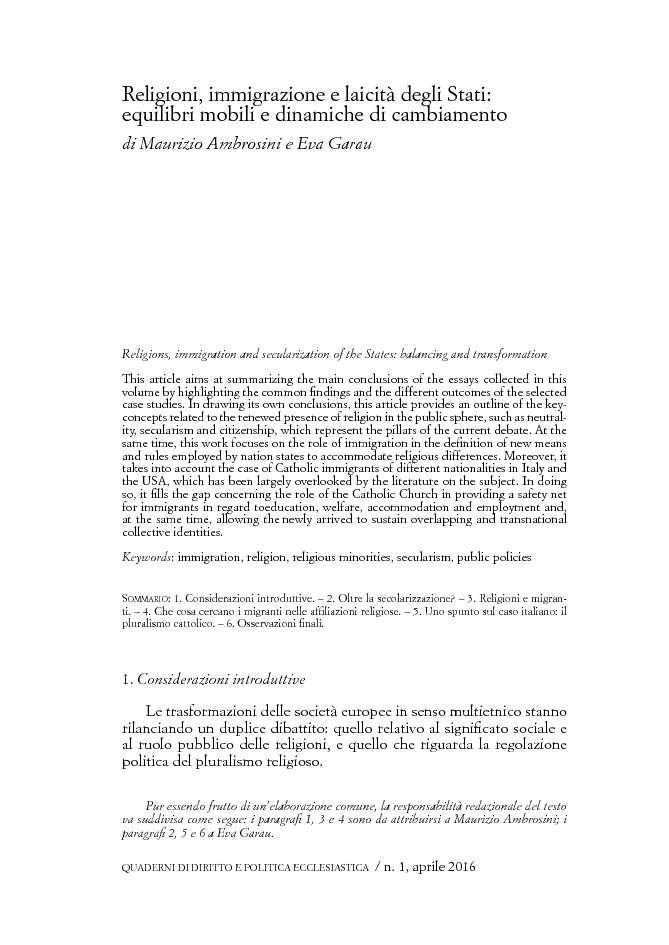