For more than 2,500 years, the Jews have experienced both periods of persecution and «golden ages». In «diaspora», the attachment to Zion remained an aspiration as the Jews took root in other «promised lands» and built other «Jerusalems». In the diaspora, the Jews developed a remarkable religious and cultural creativity, displayed by those who favour the fight for integration into the nation and claim a «hyphenated identity» (Jewish-American, Jewish-French), those finding «a homeland in the middle of exile», and those who propose to create «a state like the others» (political Zionism). Thus a variety of Jewish identities and cultures is constantly recomposing. The existence of Israel has undoubtedly changed the diasporic condition but has not made it disappear, especially in the context of a «transnational world order» («nationalism at a distance»). 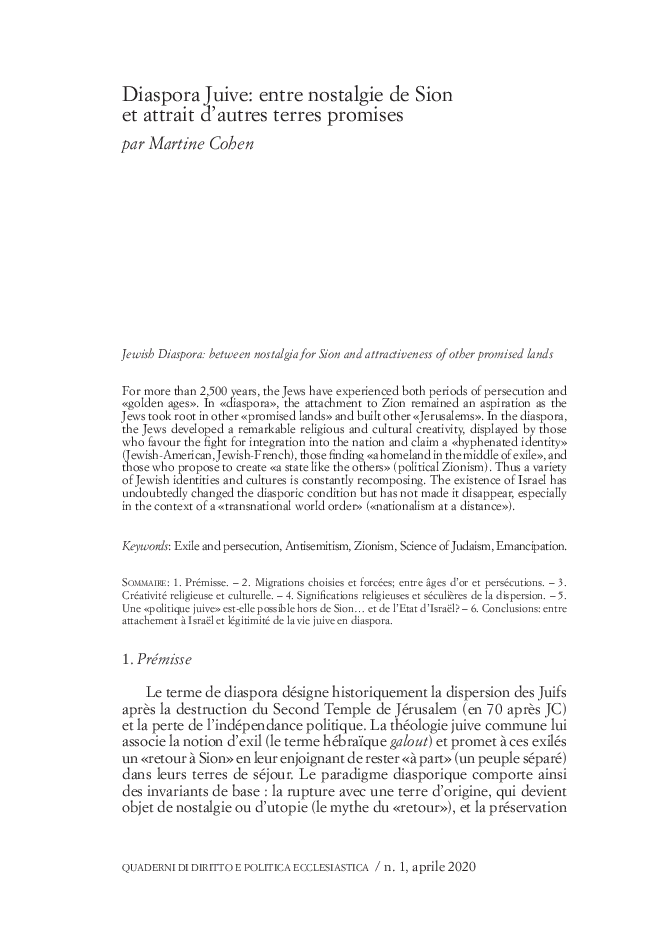