The paper develops, quoting the precedent essays, a few concluding generalities about the relations between the Nomos and the Earth, starting from Carl Schmitt’s philosophy but arriving to invalidate the essentiality of the entrenchment in one territory in order to recognize the premier key-role of the contemporary constitutionalism. In this frame the analysis turns toward the phenomenon of the religious diasporas, due mainly to the great migration towards the West begun in the end of the last century: particularly, hebraism, islam and christianism of various denominations. Finally the paper examines the transformations generated by the diasporas on the internal organization of the diasporic communities and on the state law and religion, pointing out the risks of the legal pluralism for the global Nomos, enbodied by the constitutionalism. 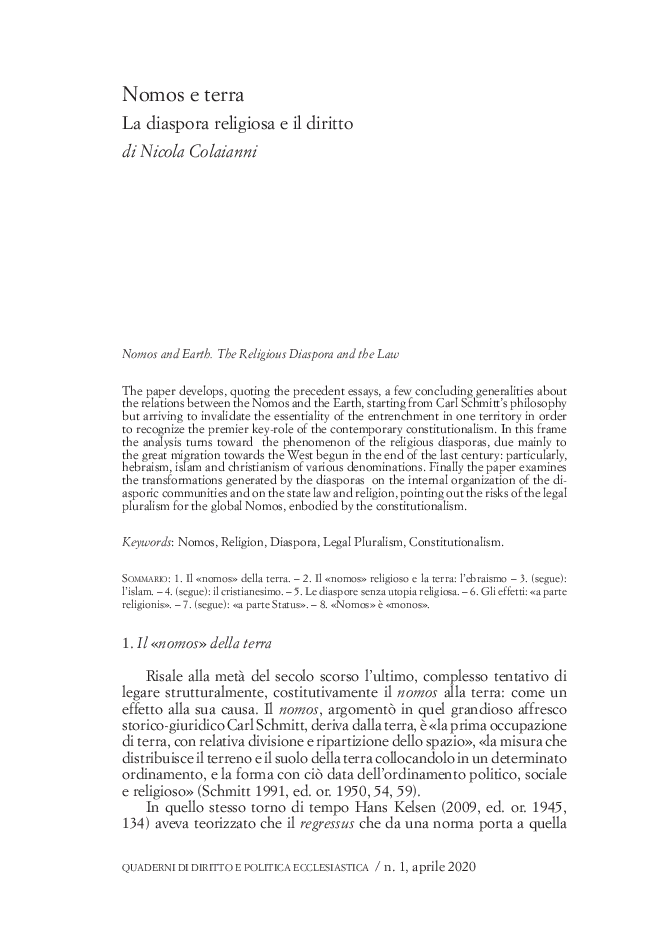