Based on the analysis of the different phases that have characterized the history of Ilva, the largest steelplant in Europe, the author highlights the peculiar characteristics of its production model. Thus, Ilva has become the emblem of a company shaping and engulfing an entire territory. The exponential growth of the population, the massive urbanization, the consequence of property speculation and the occupation of large portions of the city, and, later, levels of pollution that can be classified as an environmental disaster offer a clear sight of the contrast between the plant and the city and its population outside. Similarly, such contrast can be found inside the plant, as shown by the working conditions of its employees and, more generally, those who work for the companies that “gravitateµ around the colossus. “Insideµ and “Outsideµ the factory are bent in the same way to the interests of production 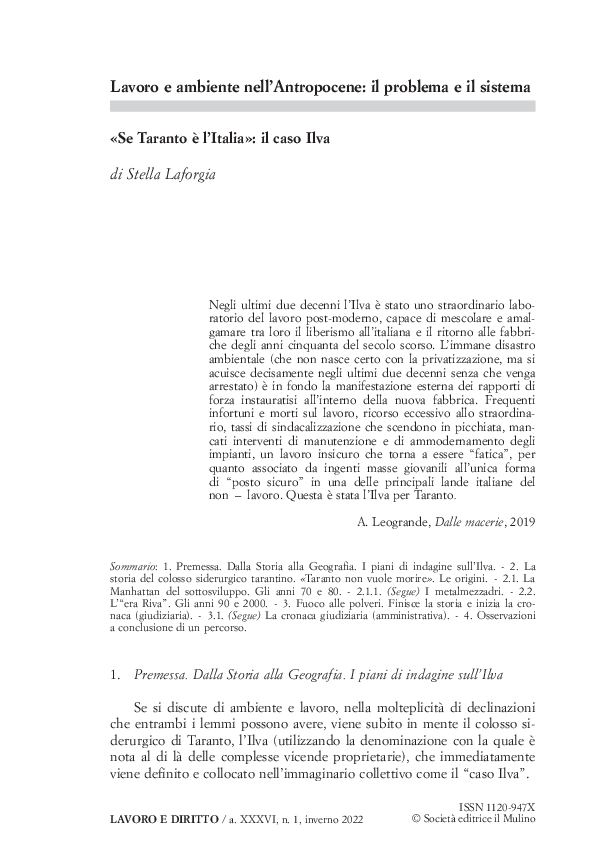