After a brief reconstruction of the bargaining relationships within the agri-food chain and of the imbalances that derive from the oligopsony position of large-scale distribution companies, the essay investigates the forms of reaction that the legislator, in the field of both labour and competition law, has so far put in place against gangmastering. At the end of the reconstruction, having detected disharmonies and persistent critical issues, it is proposed, also in light of European legislation, a form of connection between two areas of the legal system that are still struggling to communicate, in the hope that the elision (or at least reduction) of contractual imbalances within the chain can make it less convenient to resort to gangmastering. 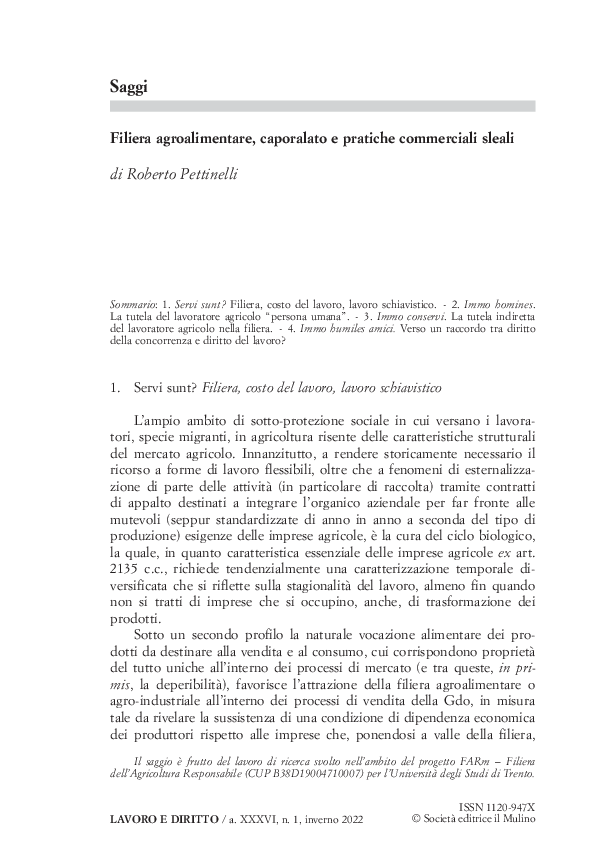