The Court of Justice has had a profound impact on British labour law since the beginning of its activist phase in social policy in the mid to late 1970s. The Court's rulings in the areas of equality of treatment, transfers of undertakings, and remedies have, in several instances, changed the direction of national legislative and judicial policy. On the other hand, the Court's tendency to shift its position on key doctrinal questions has engendered legal uncertainty and unnecessary costs. Two longer-term developments which can be traced to the influence of the Court are the "constitutionalisation" of labour law, that is the growing judicial recognition of basic social rights, and the emergence of "economic jurisprudence", or instrumentalist economic reasoning, in the social policy field. The future direction of European social law may be largely determined by how successfully these two tendencies are reconciled by the Court of Justice and by national courts. 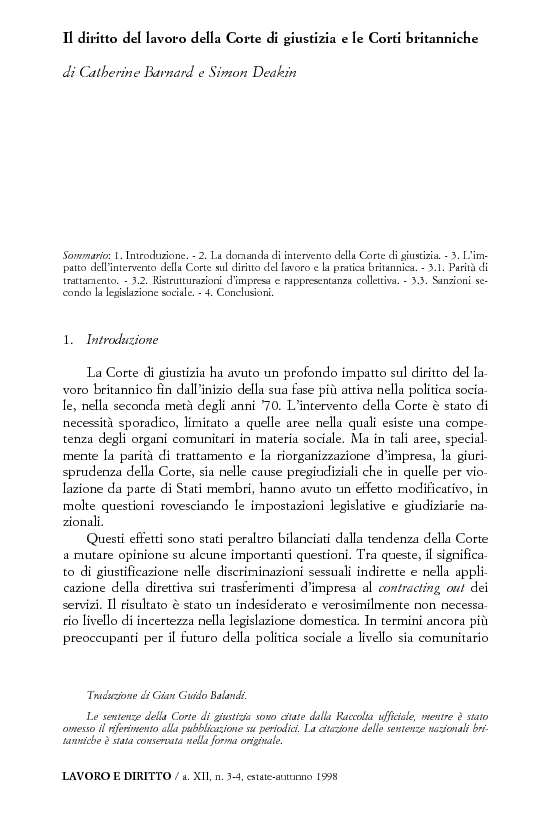