The essay analyzes the effects that contemporary trend of capitalist development, called "aziendalizzazione", is producing in the labour law system. It is a phenomenon which presupposes company's rationality as the main and central point of reference, at any level of the establishing of present labour legal order. It follows that it tends to move from Law to Contract, from Public to Private, from General to Particular rule, from macro/economic to micro/economic approach. Furthermore, this movements tends to imperil, or even to obliterate the Constitutional architecture, rooted in the Italian Republican Constitution but also in the legal system of European Union, which provides for social boundaries to the recognized freedom of entreneurship. 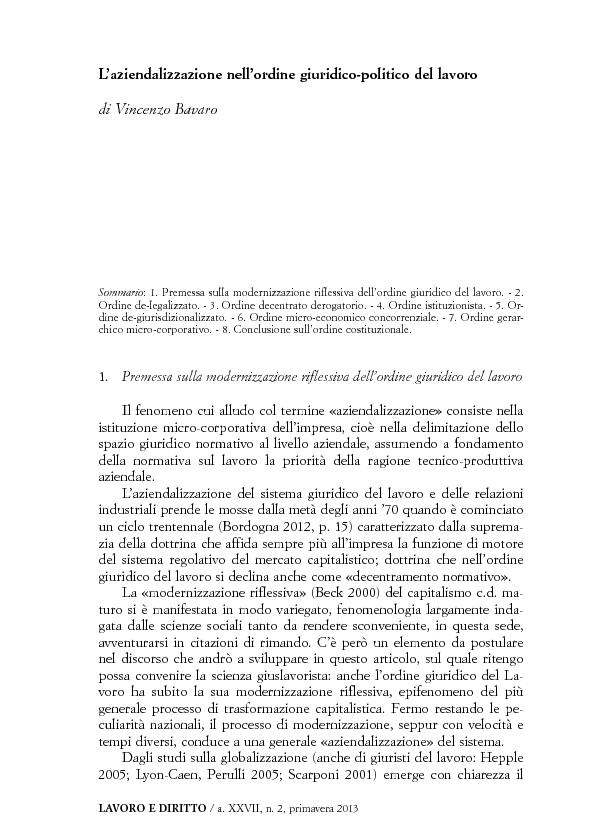