The Portuguese Constitutional Court recently issued an important ruling that seeks to define criteria for the harmonization between the austerity policies imposed on the country and the principles and constitutional rights with which these policies come into direct confrontation. The Court examined, under request of the President of the Republic, the constitutional adequacy of the Act that approved the state budget for 2013. Following a line of relativism and pragmatism, the Court gave decisive relevance to the context of "economic and financial emergency", thus devaluing some essential elements of the rule of law, such as the principle of confidence, and most of the fundamental social rights put at stake by the austerity policies. Consequently, the Act was widely accepted by the Court, except for a few issues in which it held that the principle of "proportional equality" was violated. Nevertheless, the ruling was fiercely contested by the government and the parliamentary majority that supports it, which blamed the Constitutional Court by the difficulties thus raised to the economic and financial recovery of the country. 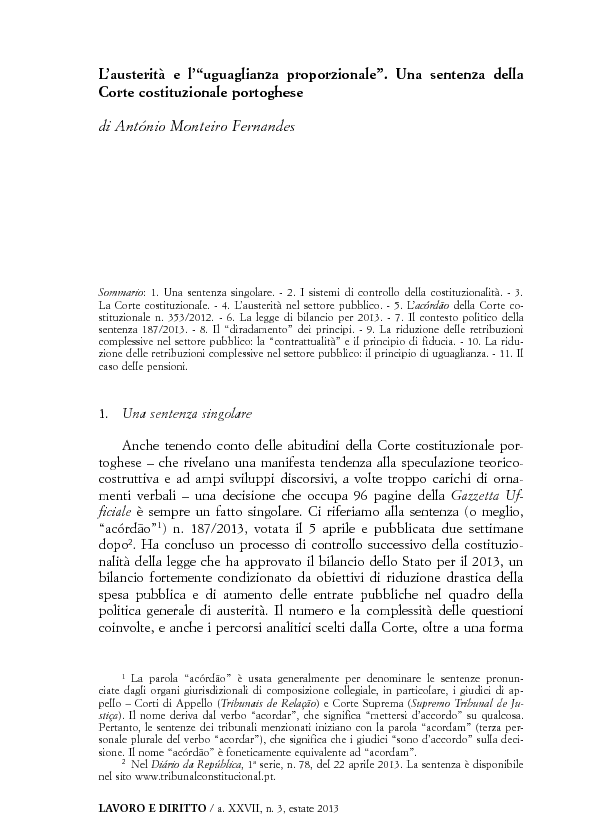