In the new century, a new accuse was addressed to the labour law: to produce uncertainty. In many European countries, the need to make labour law more "predictable" has been the basis of a number of reforms. In Italy, in particular, the entire season between the l. no. 183/2010 and l. no. 183/2014, can be interpreted in this key. However, with the so-called Jobs Act, there has been a quantum leap: for new standard employment contracts, concluded after March 7, 2015, are not the most predictable consequences of dismissal, but the consequences of unlawful dismissal. While it is, at least, questionable compatibility of national legislation and many rules of international and European law, on the other hand it is absolutely clear the overthrow of the philosophy of the Italian Constitution: it has gone from the centrality of the work to the centrality of the employers, who must also be reassured when misuse their power. 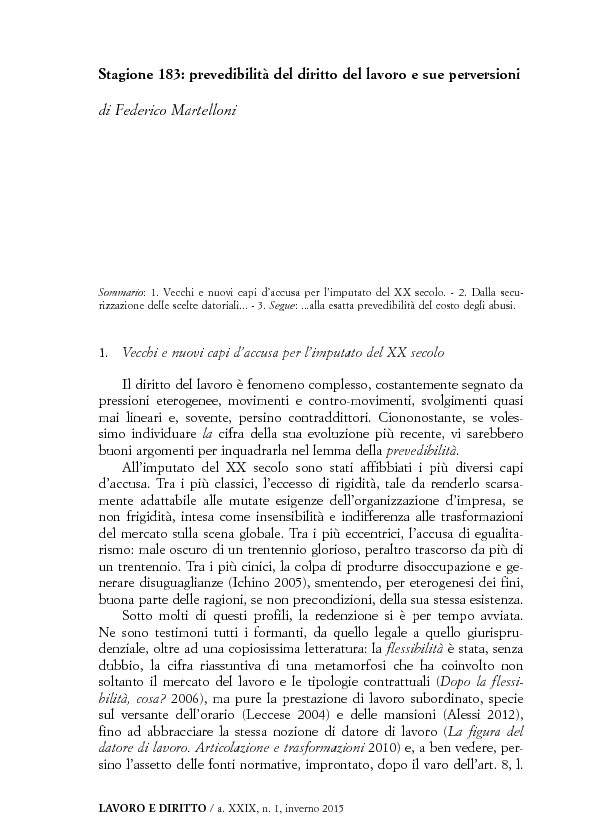