The chapter answers some questions posed by the general editor of the Journal on the occasion of the fiftieth anniversary of the Italian Regions. In particular, about the relationship between unity and pluralism, it argues that the role of the Regions cannot be tackled in a non-technical way, without taking into account the importance of the regional institution also during the pandemic emergency. Furthermore, the judgment on continuity or discontinuity between the first season of Italian regionalism (which began with the 1948 Constitution) and the second one (following the reform of Title V Part II, in 2001). It’s impossible to reason in dichotomous terms: sometimes a textual discontinuity has been balanced by continuity in the jurisprudential context and practice. This phenomenon is evident in legislative powers, supremacy clauses, and loyal cooperation. Textual changes to the Constitution are useless without the synergy of all the institutional actors to give them effectiveness. The texts are set in the contexts; currently, we are witnessing a preponderance of the role of the Executive Power and the central State. 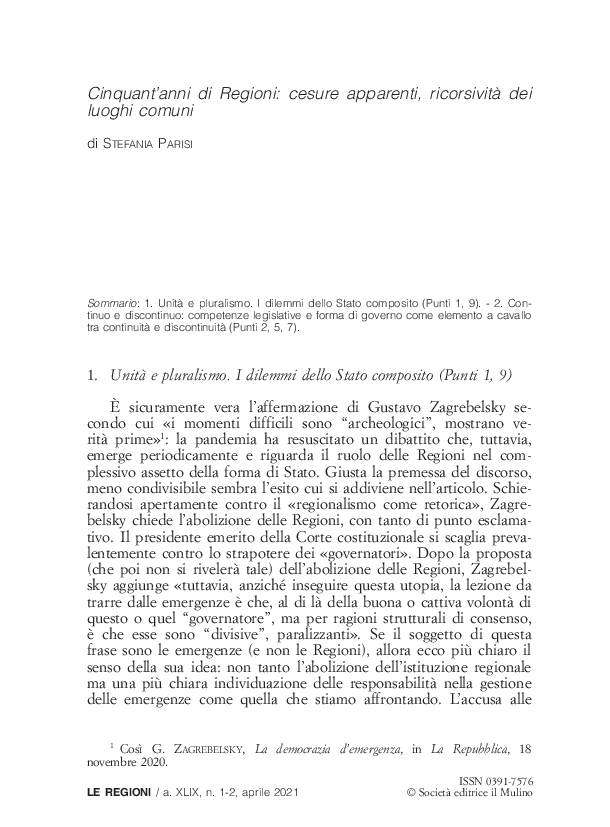