The limitations of rights, introduced to curb the contagion, should have been provided for by legislative acts (decree-law); instead they were delegated to the Prime Minister’s decrees (d.P.C.M.) until the end of 2020. If the State had respected the constitutional framework of emergency measures, the problem of loyal collaboration with the Regions would not have arisen. In fact, the procedure for legislative acts is not bound by the principle of loyal cooperation. The government’s choice to delegate to the President of the Council of Ministers the power to introduce the limits deemed necessary to deal with the pandemic has raised the question of connections with the Regions, in relation to the adoption of the d.P.C.M. This question, however, was overcome by decision 37/2021 of the Constitutional Court, which brought the management of the pandemic back to the matter of «international prophylaxis», which falls within the exclusive State competence. The Court probably forced the boundaries of this matter, denying the constitutional need for a connection that the State itself had foreseen (art. 2 d.l. 19/2020), probably considering it due. 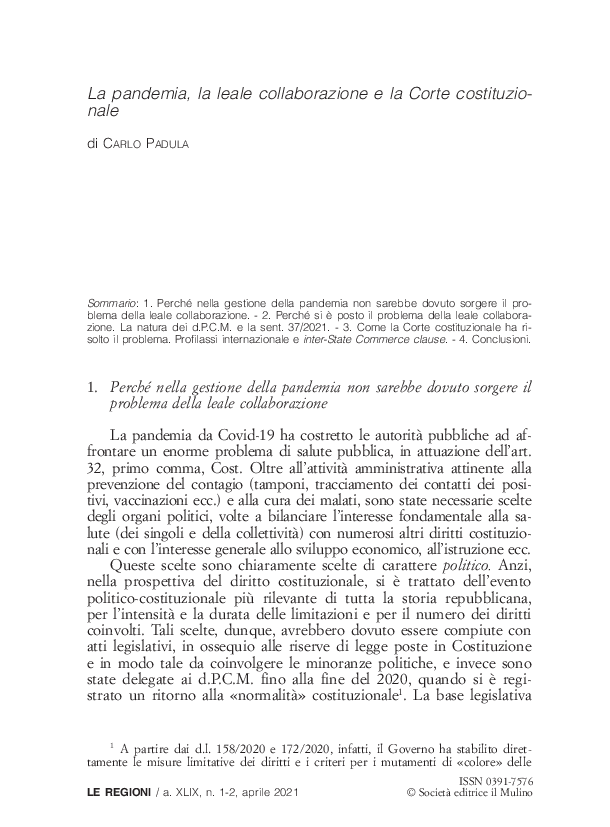