The essay, moving from the questions raised by the direction of the Review, reflects on some fundamental issues of Italian regionalism 20 years after the entry into force of the constitutional law reforming Title V of the Constitution. More in details, it investigates the problems connected with the abandonment of the constitutional reform by the State legislature, with specific reference to financial autonomy, to the weaknesses of the reform, and in particular to the failure to reform the structure of the national Parliament, to the unresolved problems in the relations between the Regions (especially between special statute Regions and ordinary statute Regions) and in the relations between the Regions and «their» local authorities, to the new prospects for reform, once again underlined in the course of the pandemic, starting from the possible interventions at constitutional level and the complex issues related to the implementation of art. 116, paragraph 3, of the Constitution. 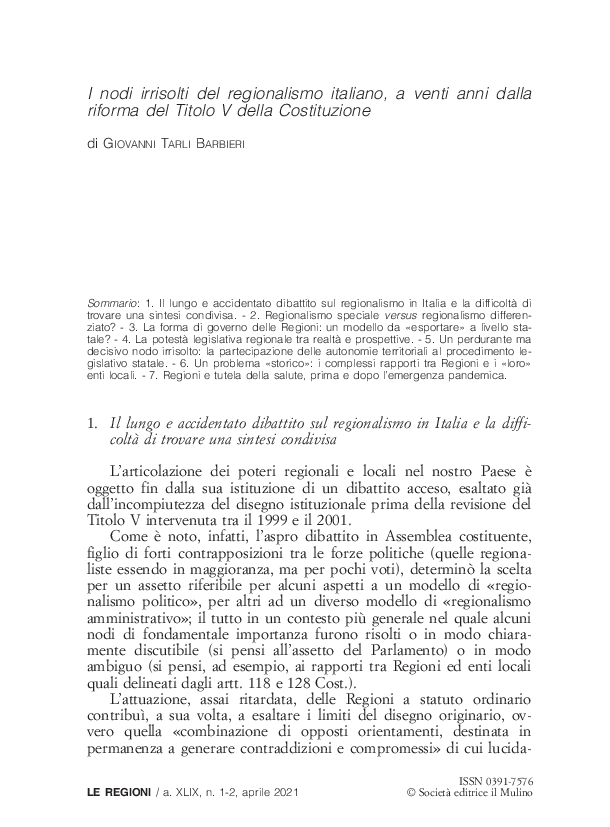