The introduction to the debate about «Immigration and competences» should begin with a general consideration about the problems of the constitutional distribution of powers between State and Regions and considers that the logic of the enumeration of the subjects seems to collide, in concrete terms, with the development of public policies. These policies request that the rules of distribution (interpretation of subjects, regulation, fundamental principles, systematic position of competences, etc.) move to the cooperation between the different levels of government. From this point of view, the immigration policy has an immediate significance. Indeed, although the matter belongs to the exclusive competence of the State, it is evident that the migratory phenomenon affects on a plurality of areas, of state and regional law competence; in addition, the instruction of «forms of coordination» between the State and the Regions (art. 118, third paragraph, Cost.) has led to the construction of a complex system in which, in the continuity between state and regional legislation, the immigration policy has now reached its stability in the organization and articulation of relations between levels of government. 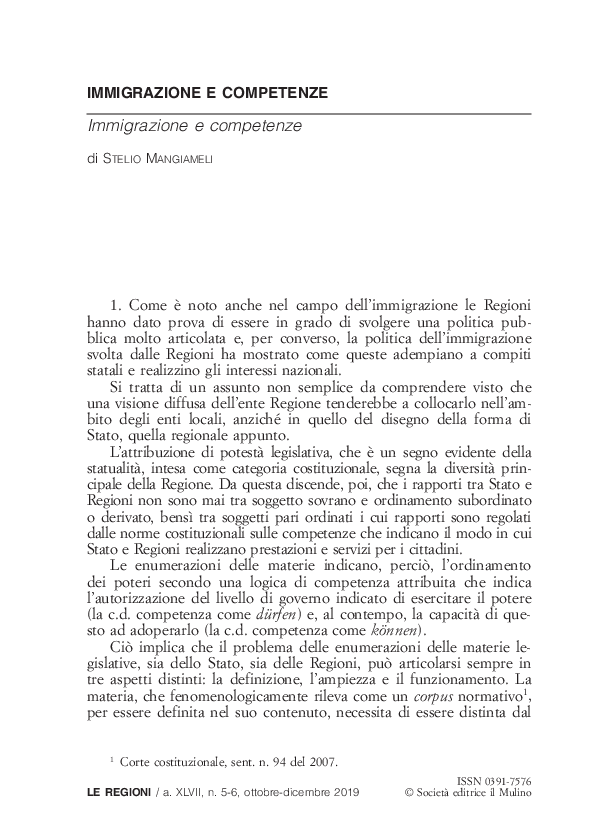