The public system for the reception of asylum seekers and refugees has evolved slowly and steeply, but with aspects of undoubted interest. In fact, this was a multi-level system in which a very important role was played by the municipalities and the Third Sector. When this public system, known as SPRAR, was born and evolved, the southern regions and in particular Calabria made an important contribution in terms of innovation and normative experimentation. Recent regulatory changes, and in particular Law no. 132/2018, have intentionally deconstructed this system by seriously hypothesizing any possibility of refugees and asylum seekers; social integration. The State’s intervention has thus deliberately interrupted virtuous paths of local integration and development that, especially in Calabria, had achieved very significant results. 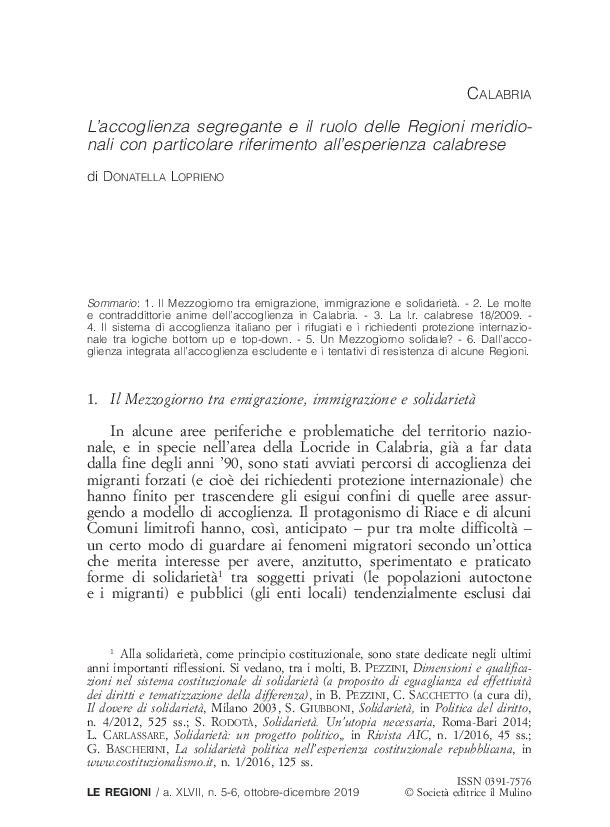