First of all, the article examines Italian legal scholarship devoted to the allocation of powers between the Italian central government and the Regions in the field of freedom of religion. Second, the article addresses the issue of sacral buildings making particular reference to regional legislation especially in the light of the recent constitutional case law. Finally, on the one hand, the article highlights how regional lawmakers have often been called into question either due to their inaction for having adopted rules that discriminate certain religious communities, on the other, it also points how the national lawmakers has also proved to be very passive, often abdicating from the fundamental task of ensuring full implementation of the protection of freedom of religion which is enshrined in the Italian Constitution. 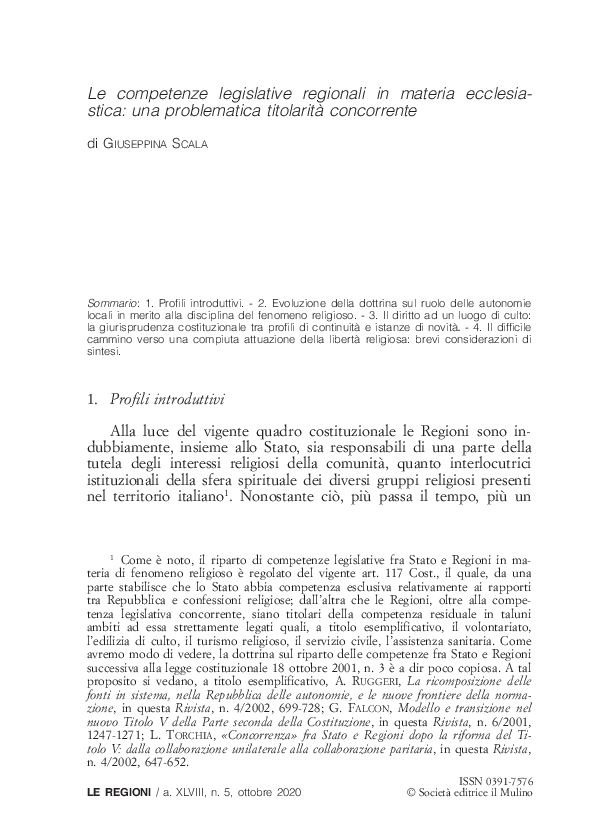