The essay addresses in detail the legal institution of the time extension of the elected bodies of the Regions: which, even if it is not expressly regulated by the Republican Constitution or by primary legislation, needs – according to the Author – to be taken into account also at a regional level in order to ensure that the renewal of offices takes place through truly democratic voting. In particular, after having re-established who has the legislative competence in the matter, as well as the conditions and limits to be respected so that the instrument in question – albeit still of exceptional nature – can be legitimately used. The contribution analyzes certain legislative provisions contained in the decree-law n. 26 of 2020: through which, inter alia, the Government has specifically ordered the time extension of the term of office of the elected bodies of no less than six ordinary Regions. 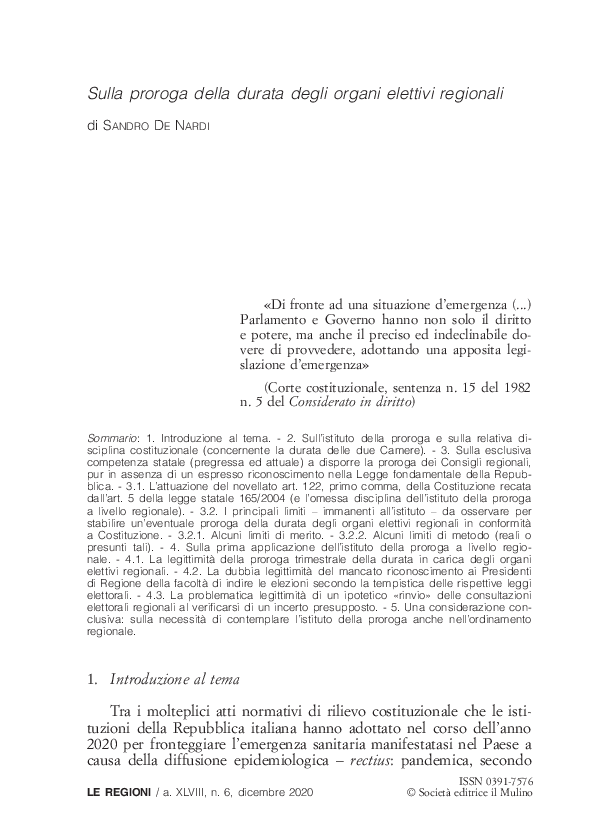