Nowadays, the municipal residence is not an essential condition for granting the right to deal with the democratic Institutions. For example, the so called «adottati urbani», which are people who daily live in a municipality for study or work without being resident, are admitted to the participation in democratic social processes (e.g. the public debate). Furthermore, the administrative judge allows the right to bring an action before the court even if the applicant is not resident in the Municipality where the fact has happened. Despite this, the so called «adottati urbani» cannot still deal with the democratic Institutions as if they were residents: as a matter of fact, there are some Constitutional rules which obstacle this achievement, especially in relation to democratic social processes. 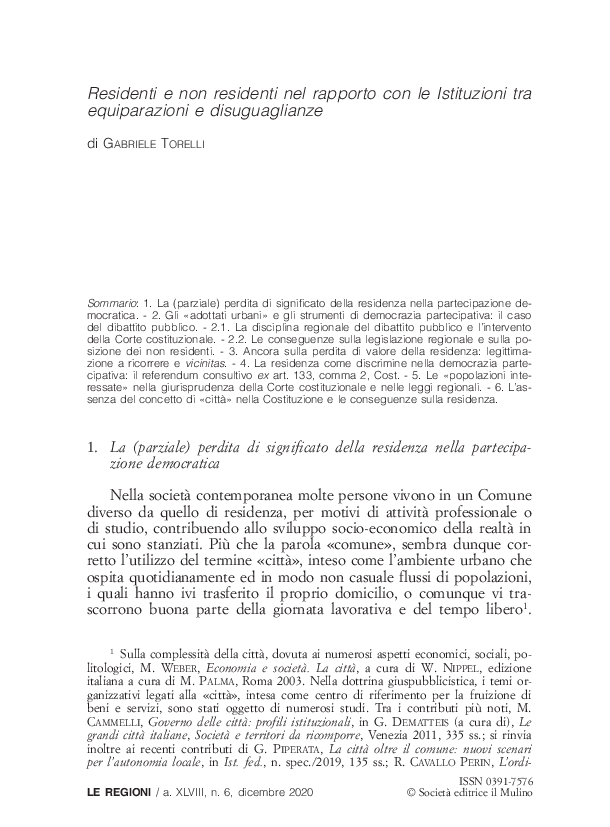