According to Belsky's (1984) multifactorial model of parenting, the aim of the research is to study the individual, relational and contextual determinants in the transition from pregnancy to 2°-3° months of child's life. The participants were 19 women at 7° month of pregnancy and the methods of collecting data were: (a) at pregnancy: Adult Attachment Interview (George, Kaplan, Main, 1985), Dyadic Adjustment Scale (Spanier, 1976), Support Expectation Index (Levitt et al., 1994); (b) at post-partum: Expectancy Confirmation Scale (Levitt et al., 1994), Edinburgh Postnatal Depression Scale (Cox, Holden, Sagovsky, 1987), Check-list for the observationt of breast-feeding (Armstrong, 1992). At pregnancy, the results not highlight statistically significant association between the quality of maternal rapresentations of attachment and the support expectations and the level of adjustment in the couple relationship. At post-partum, the quality of social support perceived from the mother is associated to significant positive behaviours in breast-feeding session. At longitudinal level, the results evidence a significant association between mother's Secure (F) representations of attachment and positive behaviours in breast-feeding session; otherwise, mother's Entengled-Preoccupaied (E) representations of attachment are associated to ambivalent behaviours in breast-feeding session. The data highlight an important relationship between the quality of maternal representational organisation with respect of attachment and the quality of interactive exchanges with child in the first months of life, stimulating new researches in this context. 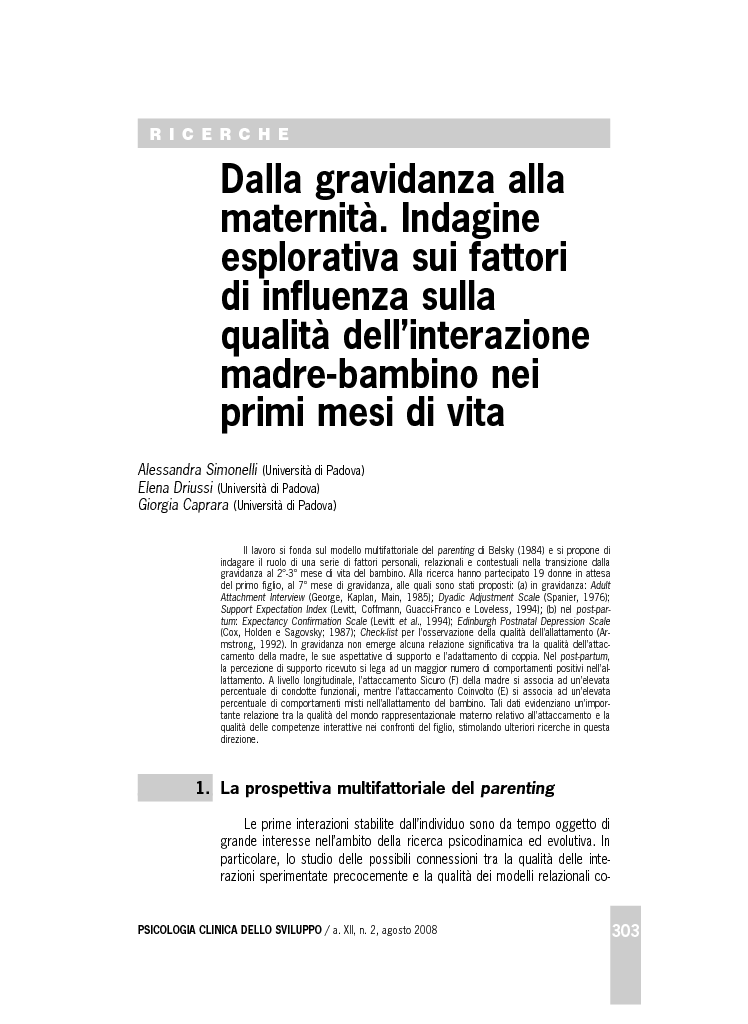