The aim of this study is to analyse behavioural correlates, symptoms and emotional self- efficacy in secondary middle school boys and girls - nominated by peers as socially isolated, socially withdrawn or both. The sample consisted of 461 subjects (261 males and 200 females), aged 11 to 14. Behaviours - such as aggression, emotional instability, prosocial behaviour, bullying and victimization - were assessed by peer nomination. Symptoms (anxiety, somatic problems, depression and antisocial behaviour) and emotional self-efficacy were assessed by self-report questionnaires (Caprara et al., 1999; Greenberg, 1994; Tani and Schneider, 1998). Results showed that preadolescents who are nominated by peers both social isolated and social withdrawn were victimized more often than other children; they disturb more frequently and help less than withdrawn and control students. Besides they comforted less, evaluated themselves less efficient in regulating positive emotions and they were more depressed than control students. Results suggest that the co-occurrence of social withdrawal with peer exclusion is associated more strongly with behavioural and emotional difficulties. 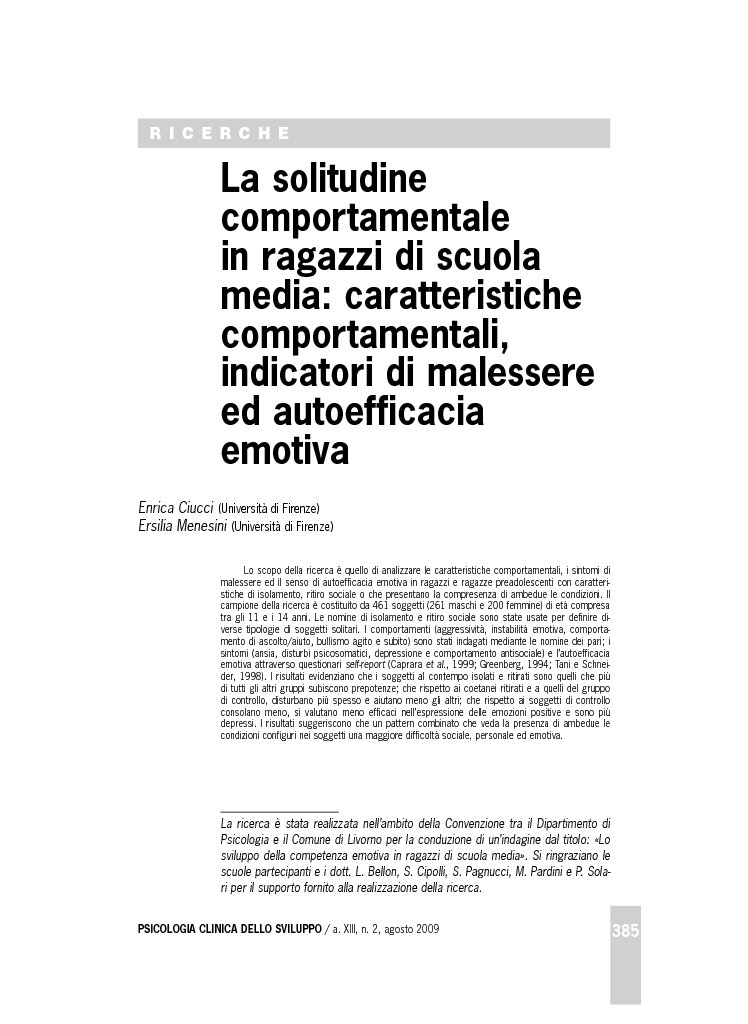