The results of a number of recent studies show that signing deaf children who grow up in hearing families are often seriously delayed in their development of an understanding of false belief, whereas deaf native signers typically pass false belief test at a normal age (Peterson and Siegal, 2000; Russell et al., 1998). In contrast to parents who are deaf native signers, hearing parents typically report difficulties in communicating with their deaf children about thoughts, memories, intentions and beliefs. The current study had two aims: first, to replicate earlier findings on false belief understanding in a group of Italian deaf children, and second, to explore their use of spontaneous mental state references in a narrative task. Thirteen deaf children aged 7 to 11 years and a comparison group of age-matched hearing children participated in the study. Among the deaf children, ten had hearing parents while three had at least one deaf parent. All children were administered the Russell et al. (1998) version of the false-belief test and were asked to tell a story with a minimal prompt (modeled after Camaioni et al, 1998). The children were asked to tell the story freely using sign versus speech, or combinations of both. Stories were analyzed for references to mental states. Deaf and hearing children's understanding of false belief and their production of mental state references were compared. Results are discussed also in relation to the presence/absence of a signing deaf parent in the deaf children's family. 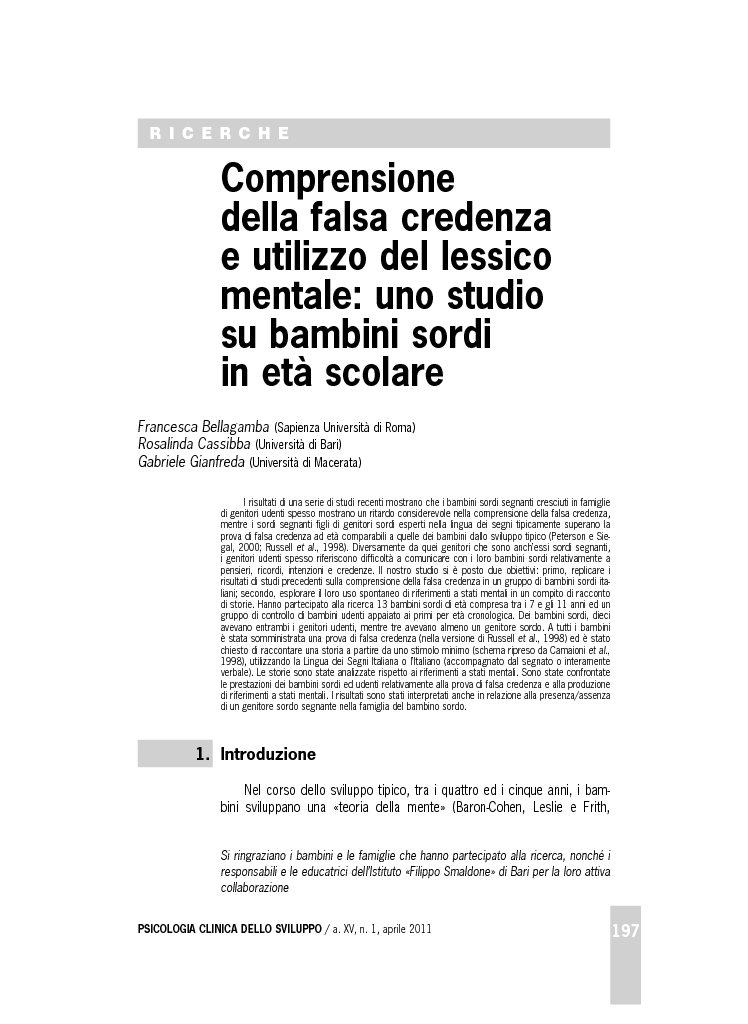