This study evaluated some measurements in spontaneous language (words, utterances and conversational turn takings number produced, utterances number for conversational turn takings, MLU, frequency of different utterance lengths) in samples of 59 couples children-parents, age range: 3,6 to 4,11 yr. Each couple was video recorded in a free game setting at home and linguistic records were then transcribed using the program CHILDES. Descriptive analyses for all measures were done and two way analysis of variance was carried out to verify the effects of age and sex. Correlations between children's linguistic production and parent linguistic production were sought. The data supplied a number of parameters for Italian language in clinical observation. The correlation between MLU and frequency of different utterance lengths suggested to use the latter as an index of linguistic development, instead of MLU. Furthermore, the study underlined the way the partner modified his/her production in relation to the child's linguistic index, in order to support the child's own production. 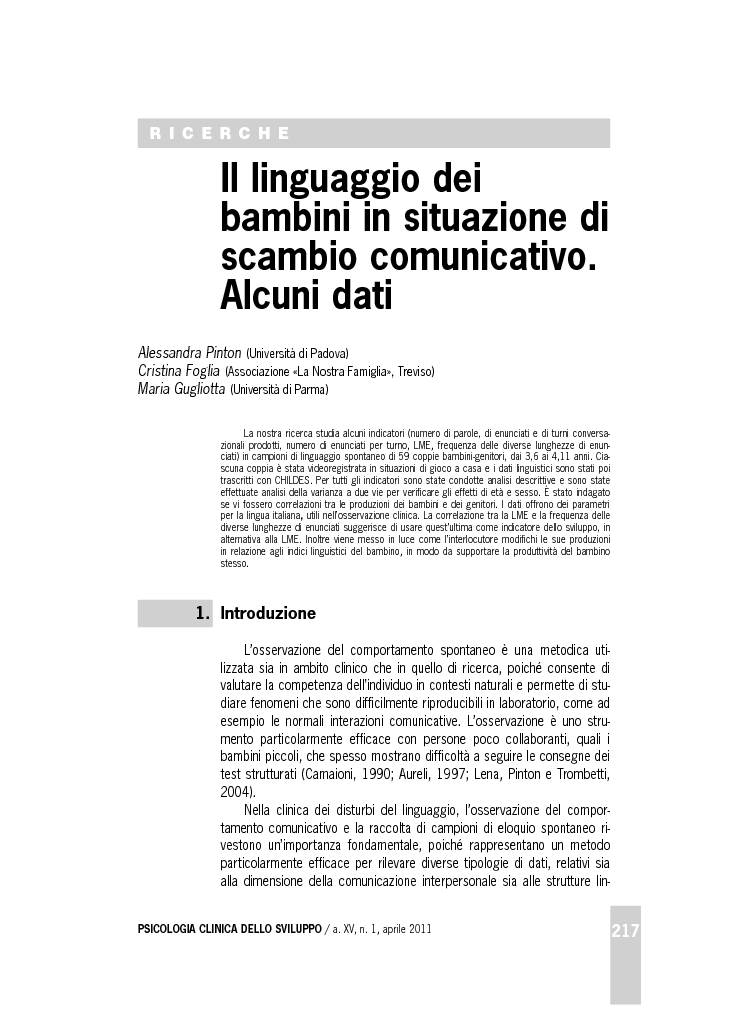