Muscle dysmorphia is a psychological disorder characterized by the belief that one's body is too small or is insufficiently muscular. The principal aim of the study was to investigate, in a sample of gay male adolescents, the relationship between muscle dysmorphia, sociocultural attitudes toward appearance, self disclosure to family and peers and loneliness. Adolescents completed the Kinsey Scale, the Muscle Appearance Satisfaction Scale, the Disclosure of Sexual Orientation Scale, the Sociocultural Attitudes Toward Appearance Scale and the UCLA Loneliness Scale. Results showed that adolescents of 17-19 years of age obtained the highest mean scores on all dimensions of the Muscle Appearance Satisfaction Scale, compared with adolescents aged 15-16 years of age. The Muscle dysmorphia was predicted by the self disclosure to family members and by the dimension media pressure of the Sociocultural Attitudes Toward Appearance Scale. They discussed the implications of the findings for the development of empirical and theoretical research in this area. We discuss implications for the muscle dysmorphia of gay male adolescents. 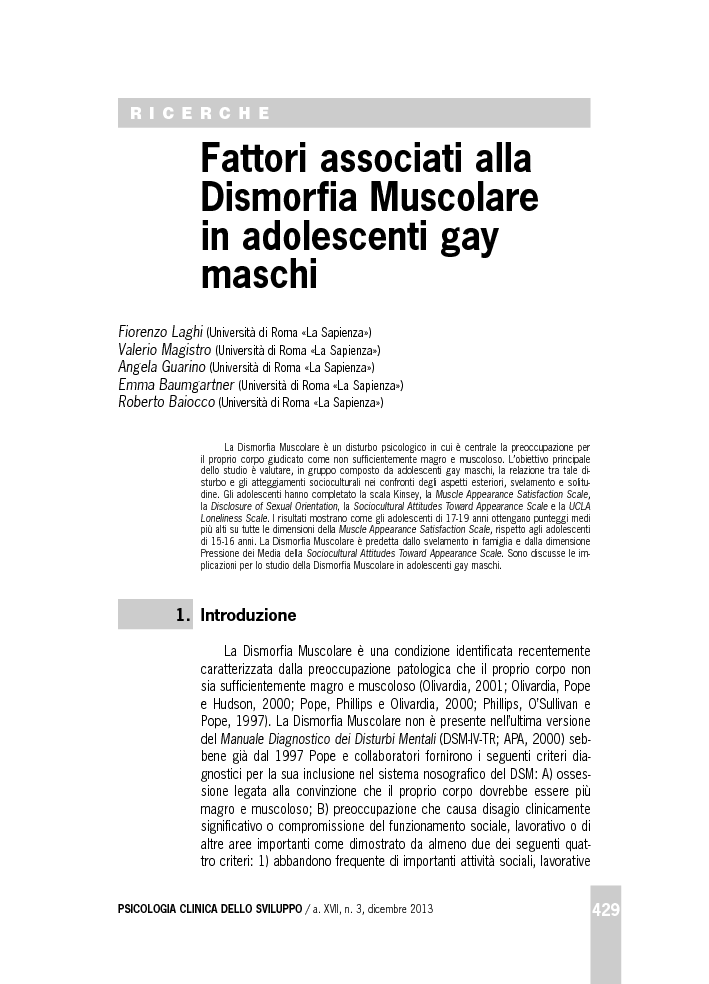