Much research points out that autobiographical methods flesh out and mirror how Self may change and be transformed across life events. Specifically, autobiographical methods show how the Self of individuals is modified, reprocessed and reframed over time according to their novel experiences and relationships (Bruner, 1990, 1995). In line with this perspective, this study aims to investigate how pregnancy - as a life turning point - may reframe the self of women. Specifically, this study directly speaks to how birth represents a critical event to be analyzed in terms of Self transformations. A child, in fact, opens a window toward a mother's future and at the same time requires new insights into her past (Binda, 1997). Becoming a parent is an interplay between representation and reality. This intrinsic and "controversial" dichotomy between the "represented" child and the "real" child may be more or less functional depending on how mothers are able to develop adequate cognitive and affective strategies to face birth event. This study analyzed 23 autobiographies of women at the end of their pregnancy. 13 out of twentythree were married, the others were single. Our hypothesis was that Self would have been differently re-framed by the two groups. Women's autobiographies were analyzed by utilizing a textual analysis. This textual analysis is based on Bruner's markers of Self (1995) and it has been already utilized in previous studies (Confalonieri and Scaratti, 2000). 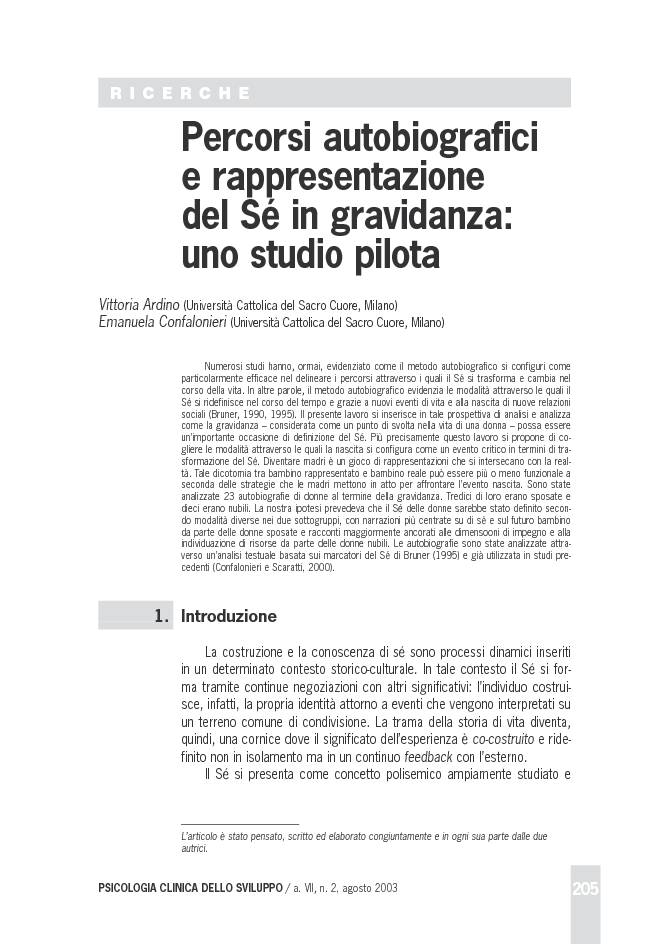