The parents’ perception of children is a crucial aspect involving the relationship between caregiver and children (Stern, 2007) that represents an important area of investigation during the clinical assessment in developmental age. Although maternal perception is conceived as a mixture of objective and subjective judgments (Regan et al., 1974; Taylor e Koivumaki, 1976; Goldberg, 1981), influenced by multiple factors, such as the personal experience with the baby and parents’ own personality, little is known about the influence of the cultural context. The present research explored the cultural influence on the parental perspectives by means of a cross-cultural approach. In particular, this study investigated parents’ perception of different ethnic groups and compared them with the direct emotional expression of children. Participants were 165 mothers and 165 children, aged between 6 and 18 years, divided in three samples: Italians, African and Latin- American. Parents’ perception was measured by means of the Child Behavior Checklist (Achenbach, 1991), whereas children emotional expression was derived by spontaneous narratives to the Roberts-2 (Roberts e Gruber, 2005). Results showed cultural differences in CBCL profile, related to the ethnic group and to gender, as well as in the emotions expressed in the test Robert-2. 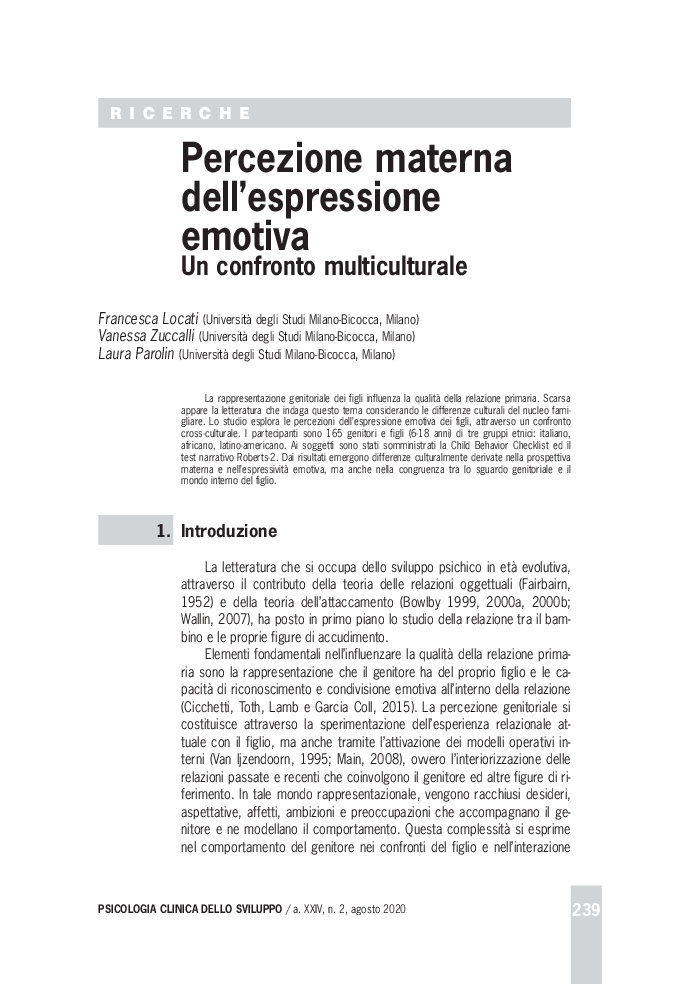