The first goal of this essay is to analyse how the historical and hagiographic figure of Saint Francis was publicly used over the last decades; from the Eighties, with a particular attention paid to the pontificate of John Paul the II, to the first Pope who chose the name of Francis in the history of the Church. This analysis will be framed within the larger history of the twentieth century, by signalling the most relevant moments in the cult and myth of Saint Francis: from the successful biography of the modernist Paul Sabatier, throughout the fascist period, to the post-war political and cultural developments until the Seventies. The second goal purports to demonstrate that the study-case Francis of Assisi allows to verify the reciprocal relations among three different levels of inquiry in the cultural history of the twentieth century: the specialized research of professional historians, the cultural, political and ecclesiological transformations, and the public use of history by the religious imagery. 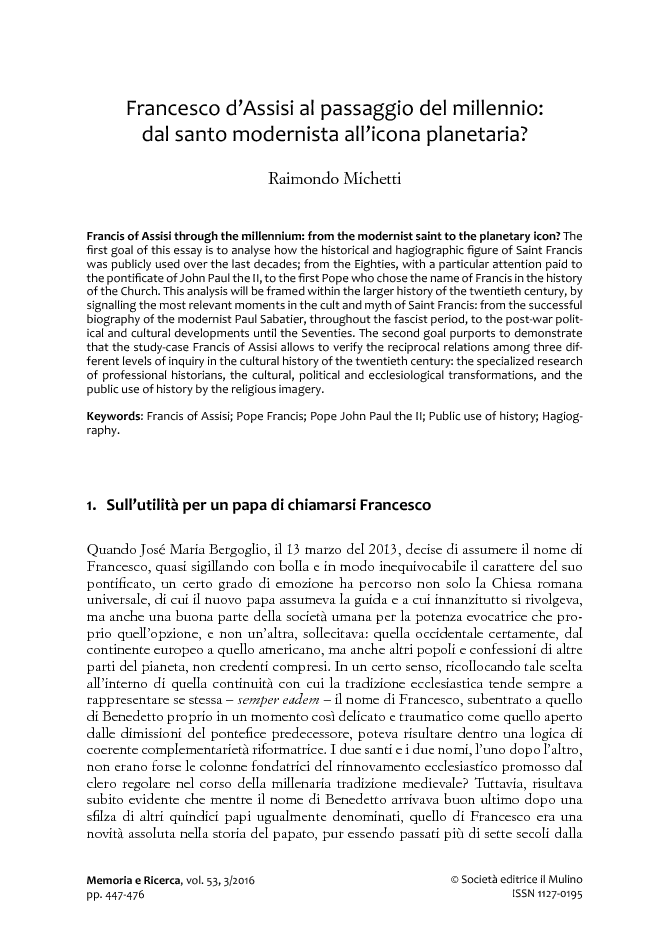