Mother Teresa of Calcutta (1910-1997) is a world-renowned personality in XXth-XXIst centuries. She founded the Congregation of the Missionaries of Charity and was the recipient of numerous honours, including the Nobel Peace Prize in 1979. Tireless promoter of the dignity of human life, she was beatified by John Paul II on October, 19th 2003, and canonised by Francis on September, 4th 2016, thanks to one of the fastest canonisation process in the history of the Catholic Church. However, her figure has raised negative and controversial aspects. Beside an image of social apostolate among poor, it comes to light the strategy to present mother Teresa as a guardian of the "culture of life", a key concept in wojtylian pontificate, and later on, as a global saint of charity, perfect model for the Jubilee of Mercy in 2016. 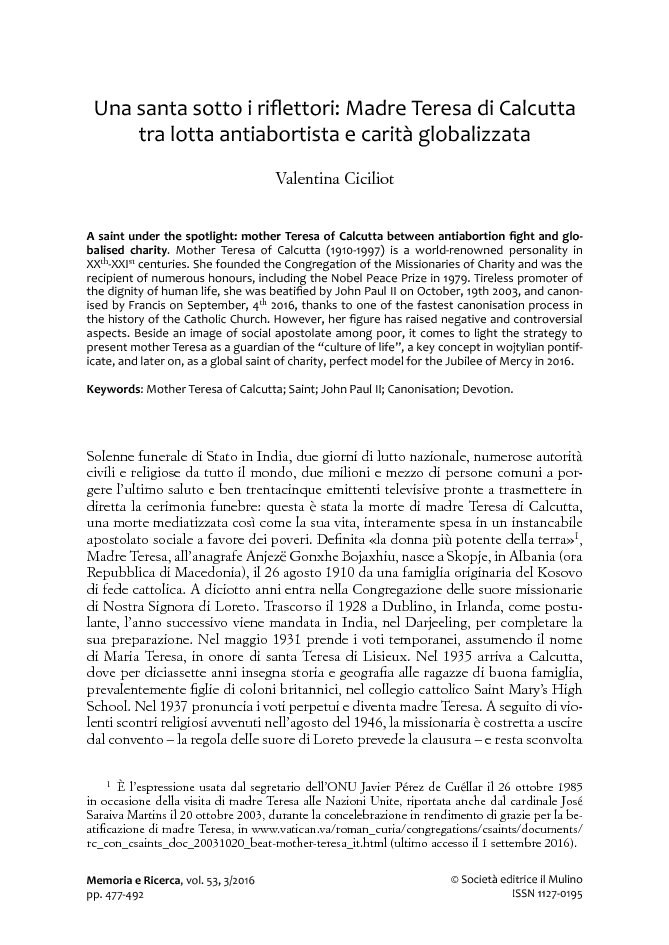