The starting point of this essay is an image of the Stari Most (the Old Bridge of Mostar) that appears in the "Histoire(s) du cinéma" (1988-1998) by J.-L. Godard. The Old Bridge on river Neretva represented the last connection between the Muslim and the Croatian part of town and was destroyed by a Croatian cannon shot, on 9 November 1993. In this essay, a methodology developed by A. Costa in his previous works, is used to analyse the historical and symbolic meanings of bridge architectures in different genres and periods of film history. Examples are the views of the Brooklyn Bridge contained in the Edison Catalogue, the Williamsburg Bridge seen in "Once Upon a Time in America" (1984) by S.Leone, "Nosferatu" (1922) by Murnau and "Sciuscià" ("Shoeshine", 1946) by V.De Sica. These and other representative cases are used to argue that bridges are the most cinematographic architectural artefacts seen in films. Their mise en scène requires the mobilization of all cinematic resources as, for example, scenography, viewpoint changes, camera movements and eyeline matches. 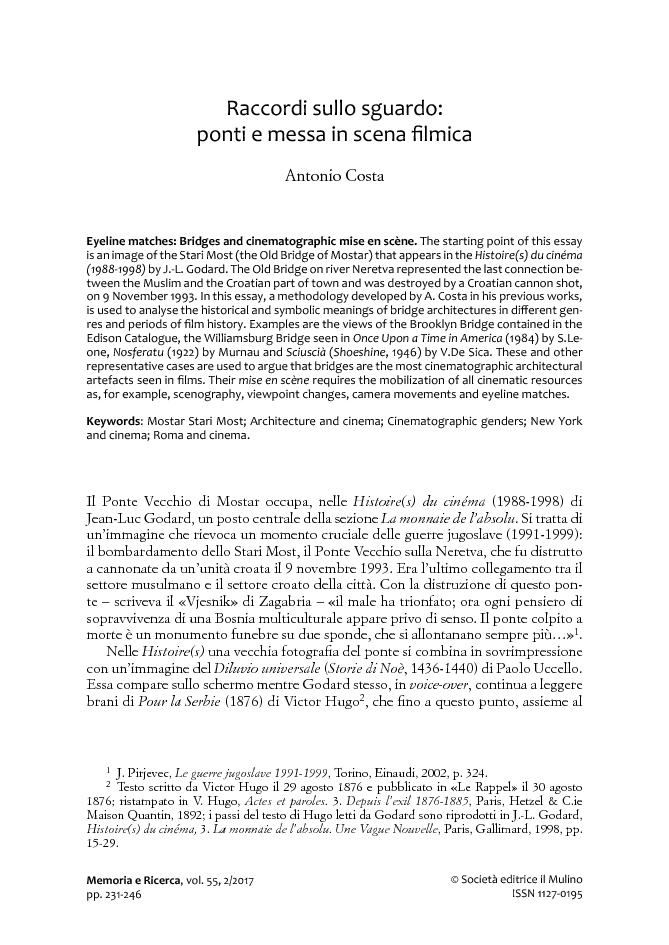