The Széchenyi Chain Bridge is the first and leading symbol of Modern Hungary. It was the first permanent stone-iron bridge connecting Pest and Buda and so it has played a decisive role in the process of creating from the two separate cities a new Hungarian capital, Budapest. The idea and the construction of the bridge was proposed by Count István Széchenyi, one of the leading reformer figures in 19th century Hungary. Works were started in 1839 to the plans of English engineer William Tierney Clark with the financial support of a company guided by Baron György Sina, a Viennese (Macedo-Vlach origin) financier. The works were directed and supervised by Scottish engineer Adam Clark (only a name-relative of the architect), who later on went on to marry a Hungarian girl and settled down in Hungary. The construction of the bridge between 1842-1848 was the largest industrial work in the history of Hungary until that time, and it has asserted an enormous significance in the country's economic, social and cultural life - so it became a symbol of advancement, national awakening, and the linkage between East and West. The bridge was opened in 1849, after the Hungarian Revolution of 1848. The cast iron structure was updated and strengthened in 1914. In World War II, the bridge was blown up by the retreating German troops during the Siege of Budapest (1945), with only the towers remaining. It was rebuilt, and it reopened in 1949 - and today it is still one of the most beautiful and most important symbols of modern Hungary. 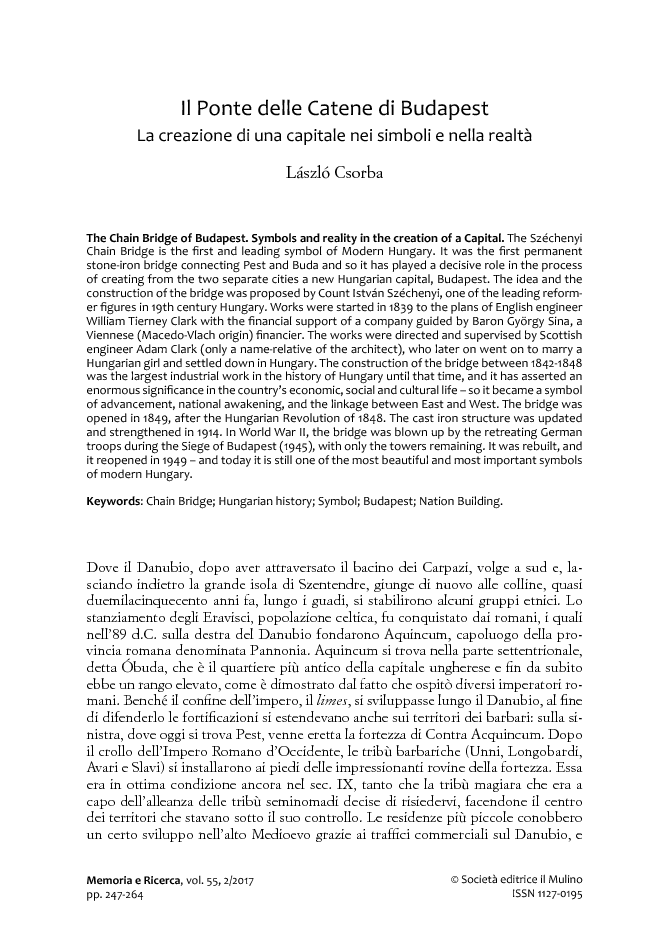