The article aims to investigate the relationship between literature and philosophy of praxis in Antonio Gramsci’s thought. Rather than recognizing literature as an autonomous domain, Gramsci thematizes the concrete conditions that make aesthetic and literary expression possible in society. Starting from the problem of «popular literature» of the lack in Italy of a connection between writers and popular classes, the research turns to the possibility of developing the potential of literature from the point of view of political transformation. In this way, literature does not lose its relevance, but is enriched with a different value, that of transforming common sense through language, bringing out the interweaving of relationships at the basis of collective life. On the basis of Gramsci’s annotations dedicated to literature, the Author examines a decisive philosophical problem, linked to the possibility of creating a concept of «human nature» alternative to that based on the primacy of individuality 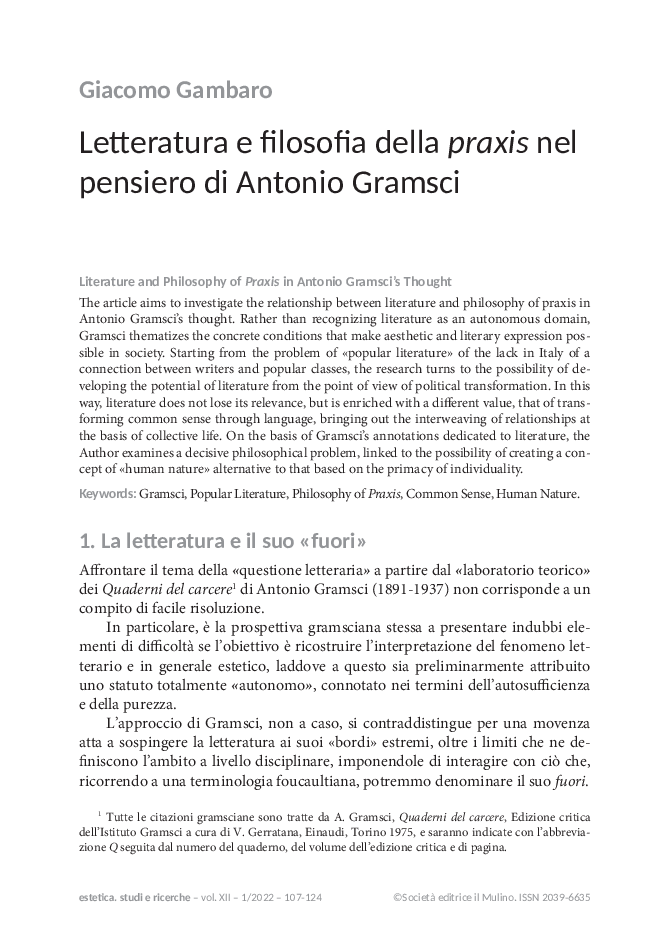