The essay intends to shed light on some previously unpublished aspects that characterise the first phase of Weimar’s Bauhaus, with the aim of contributing to aesthetic reflection on a particularly complex and fertile phase of twentieth-century art. Firstly, I showed how the initial phase of the Bauhaus (1919-1925) was characterised by a «polar» soul, in which a conservative-magical expressionist component and a pragmatic technical-industrial component coexisted. These «souls» find expression in the art of the painter Johannes Itten and the photographer László Moholy-Nagy, respectively. By analysing Walter Benjamin’s interpretation, I then sought to question this polarity, and showed how it is not possible to understand Moholy-Nagy’s artistic language purely in rationalist and functionalist terms. In fact, reading some of Benjamin’s fundamental passages reveals how a magical, mystical and utopian dimension should be recognised precisely within art as technical reproducibility. A decisive example is Moholy-Nagy’s photography, in which the «destructive» character of technique is translated into a revolutionary and messianic chance. 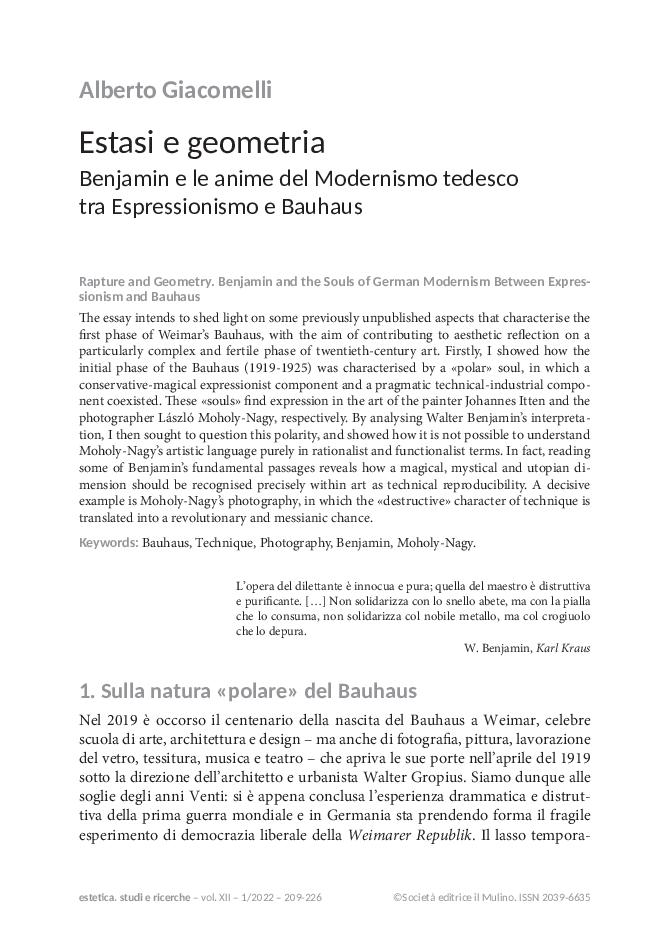