Even though Elias Canetti is usually considered as not properly belonging to the philosophical tradition, his writings often reveal a deep conceptual relevancy. Moreover, as the paper intends to show, in his notes Canetti explicitly challenge himself with some of the most important authors of the history of philosophy and reflects on the general meaning of Western philosophy. In the following, I will explore some of Canetti’s most significant reflections on philosophical authors, by showing how these have not only a philosophical meaning but also a deep impact on Canetti’s aesthetic views and, especially, on his literary practice 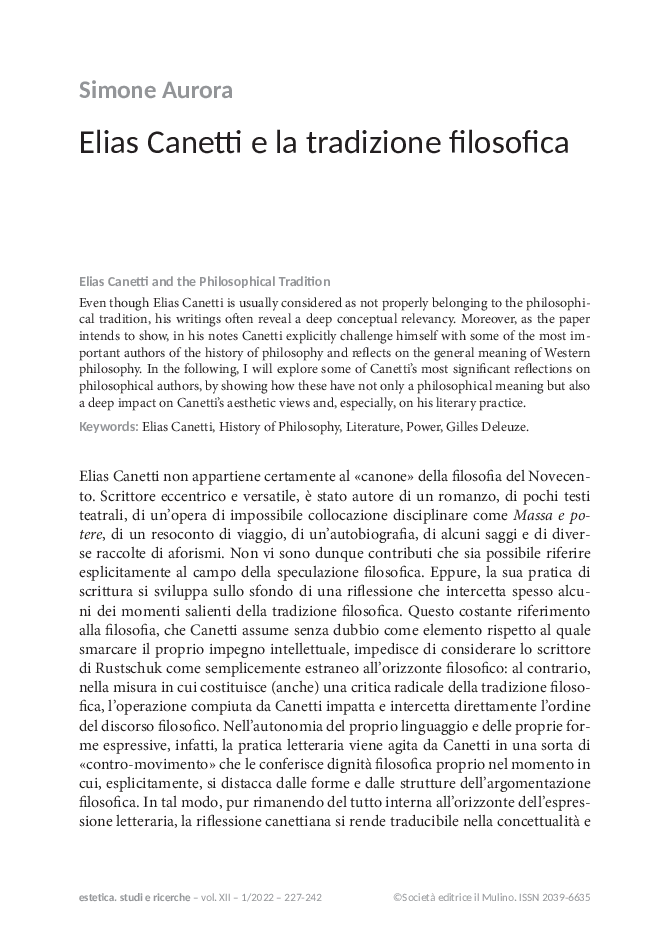