As a political artist, director, theoretician and writer, Pier Paolo Pasolini engaged, on a variety of levels, with non-European cultures and the ways they were shaped by the forces of western late capitalism and modern globalization. In Pasolini's confrontation with the foreign, his work after 1968 opens up the discursive space of modernity and puts trust in novel constellations in the form of allegory. That Pasolini had worked since the early 1970s on an allegorization of the profane in a foreign context had two consequences for both the concept of allegory and Pasolini's idea of profanation: firstly, that as a critical form of confrontation, the allegory draws on an alternative store of text and image; secondly, that in the foreign context, the profane as such may only possibly be conceived as allegory. This transmission becomes evident in a short film that has received little attention till now: "Le mura di Sana'a". 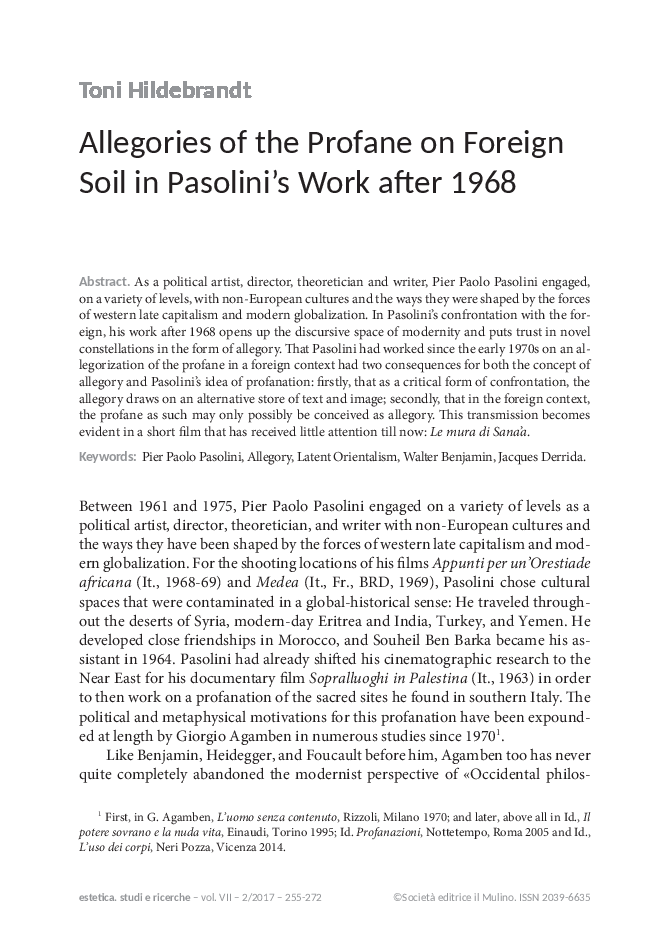