The current "postcolonial condition", as defined by Sandro Mezzadra (2008) has placed the sea, the border, and the crossing at the center of XXI century struggles - as paradoxically foreshadowed by Pasolini in his own heretical belief in a non-bipolar world order, and the revolutionary potential of Third World liberation struggles. In this essay, I intend to reconstruct Pasolini's own geopolitical stance vis-à-vis the Third World by reconnecting it to the multifaceted constellation clustered around Italian Southern thought. I piece together this genealogy of revolutionary thought, from Antonio Gramsci and Ernesto de Martino to "négritude" and Franz Fanon, through an analysis of Pasolini's Third World essay-films (specifically, "Sopralluoghi in Palestina", and "Appunti per un'Orestiade Africana") medium-length features shot in Africa between 1964 and 1968. I will conclude the article by looking at two «subaltern responses» to Pasolini's own films in order to open up the debate on the political potential of Pasolini's political and artistic afterlife. 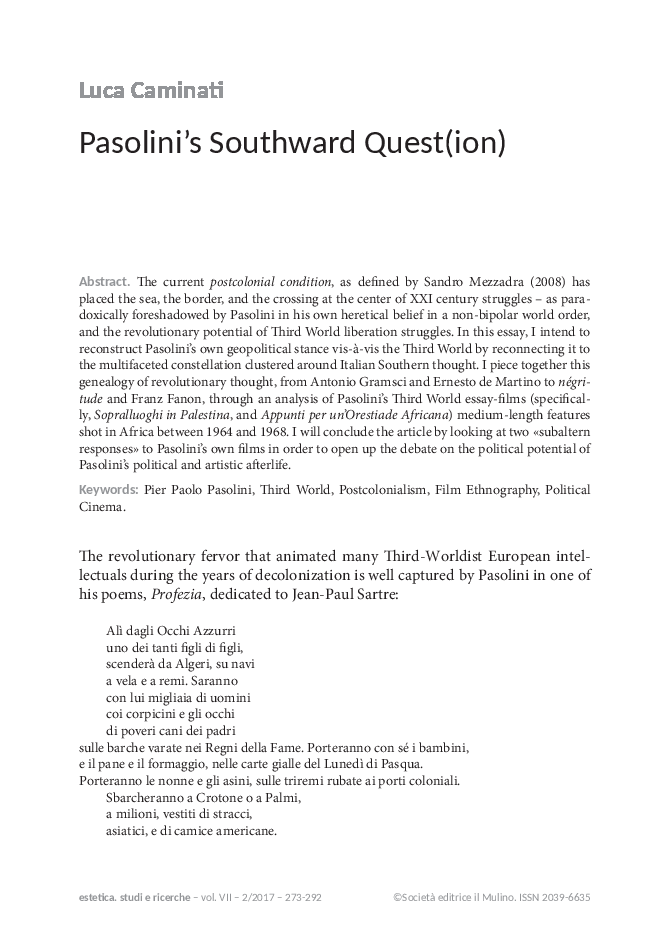