In recent years, TV series have gained a central role among the classic TV genres. They have become more and more elaborate, strategically edited, catching both the critics and the audiences’ eyes. Many «surrounding» texts have contributed (and contribute) in making them popular and, among these texts, the opening credits play a special part. At the beginning of television history, opening sequences were brief and marginal texts aimed at informing the viewer about the cast and the contents he was going to watch. Nowadays they are refined products, designed to present, seduce, involve and facilitate the viewer’s entry into the story. In this paper, we will focus on these brief yet rich kind of texts. After illustrating their features and their development (also connected with technological evolution), we will outline how the opening credits relate to the viewers, leveraging on different communicative strategies. 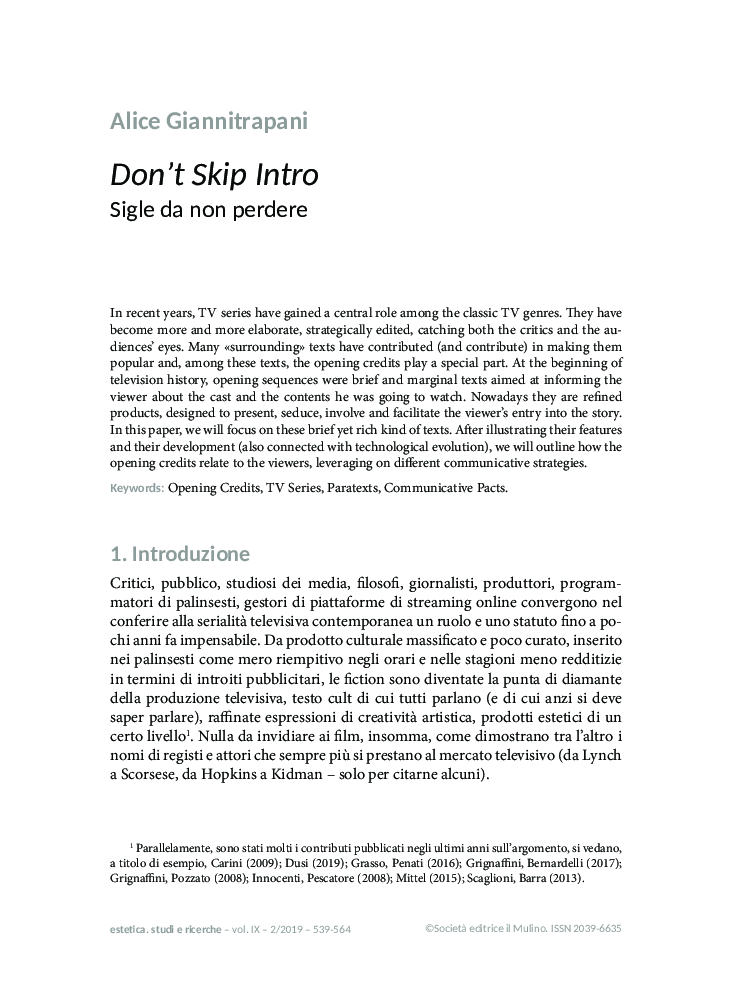