The present essay takes into consideration the work of Andrea Emo, an exponent of the Italian New Idealism. His thought is strictly related to Giovanni Gentile’s work, thus presenting a new and even more radical – perhaps the most radical – version of the so-called Actualism. The essay analyses the concept of knowing, intended as a reduction to subjectivity, that is to the mere presence. Philosophy itself, according to Emo, would consist in the process of reducing Being into Presence. By examining the relationship between Being, Presence, Negation and Knowing, as it is exposed in Emo’s thought, it is possible to show not only their close bond, but their tautological connection. On one hand Actuality shows itself as the authentic redemption of Being, on the other the Absolute can only be intended as the Negative: in order to fully understand both, it is crucial to highlight the concept of «reduction» which, even if borrowed from German Idealism, takes, in Emo’s thought, a peculiar and original meaning. 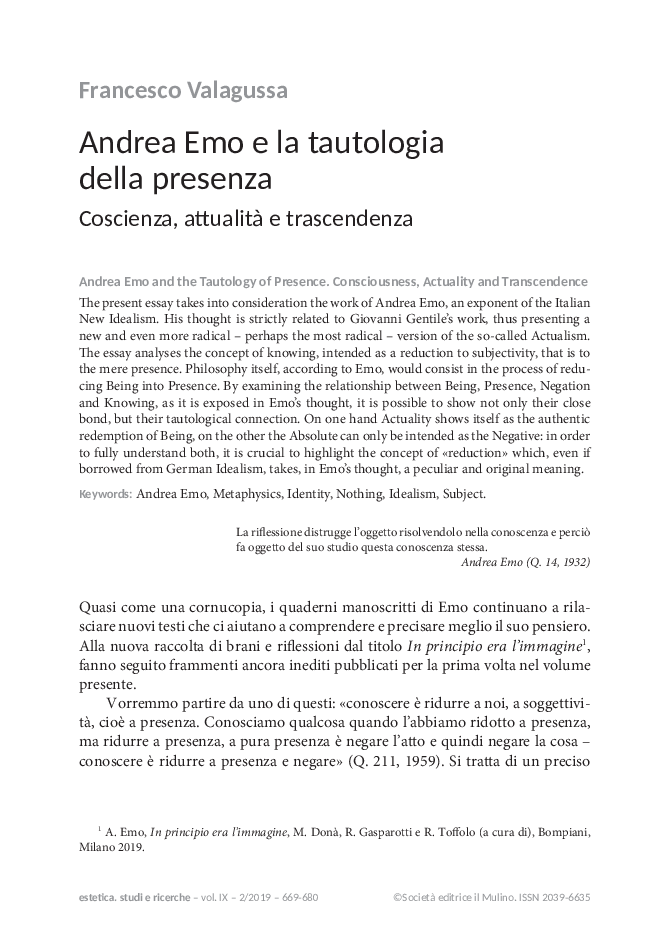