Andrea Calmo, 16th-century Venetian playwright and actor, is one of the most interesting figures of his era. There is no sufficient information about his life and his career. Calmo’s literary works represent a crossroads between two different cultures, and between two languages: Italian and Turkish. During the 16th century, Italian-Turkish relations reached a very high level; especially the connections between Venice and the Ottoman Empire, not only in diplomatic-political but also in the cultural-artistic field. Andrea Calmo, as a Venetian, feeds on these interactions between two different cultures, and, using Turkish words, such as the proverbs of Turkish-Ottoman culture and prayers, creates a new mixed and multicultural scene in Venice. The main aim of this article is to analyze the theatrical works of Andrea Calmo, with particular regard to the concept of Italian-Turkish relations, and to examine the reflection of the Turk on the Venetian scene and of the Turkish-Ottoman culture by touching the historical events between Venice and the Ottoman Empire in the 16th century. This essay proposes to give a modest contribution to the perception of Andrea Calmo’s theatrical works from a multicultural and multilingual perspective 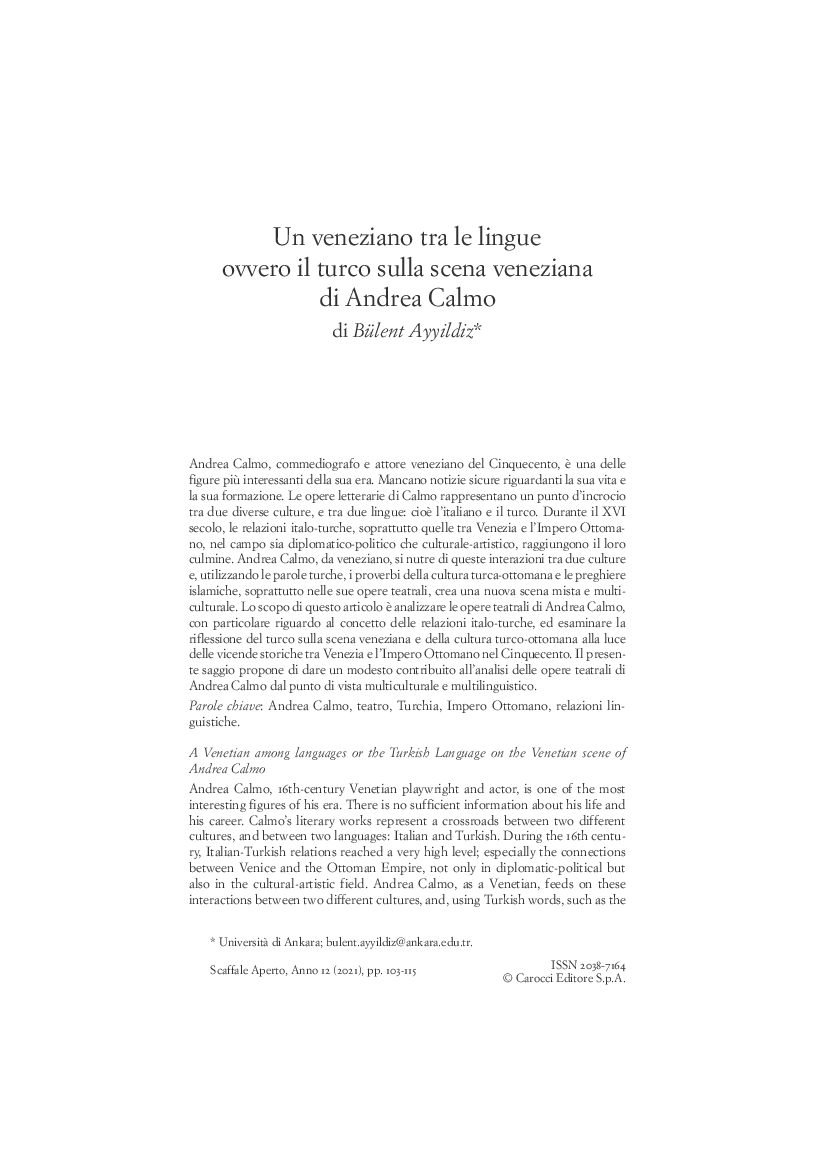