Following years of attempted federal reforms, the relationship between the State and the Regions in Italy is still marked by various shortcomings. The essay explores this issue in the formulation of the Italian NRRP by investigating, on the one hand, the vertical relations between the State and the Regions, highlighting both the weak coordination between the two levels of government and the limited involvement of the Regions in the governance structure; on the other, the horizontal relations between the regions, which are affected by competitive drives aimed at defending regional interests that are differentiated according to the North-South cleavage. Based on the analysis carried out, the study proposes some interpretative keys which call into question polity, politics, and policy factors 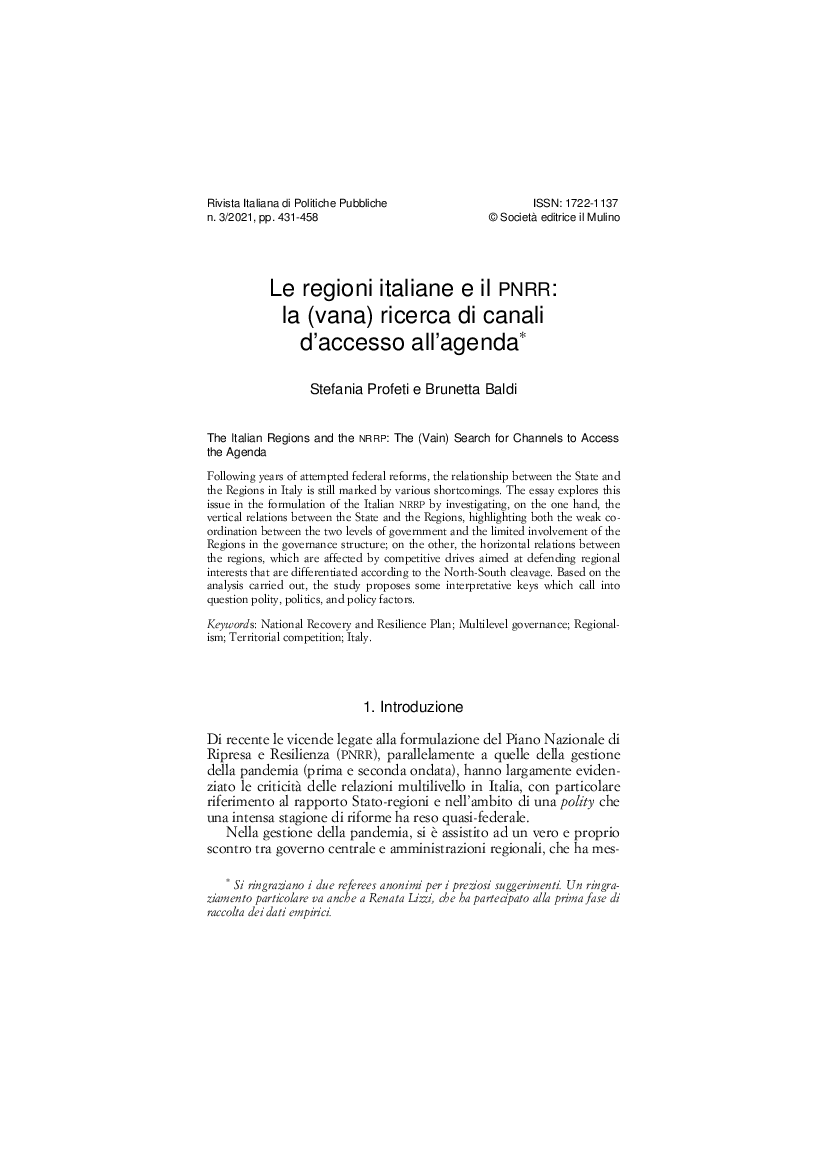