In this article, I shall show the intellectual sophistication of early eighth-century, non-Chalcedonian Armenian theology in the debate about the doctrine of the Person of Jesus Christ, which intensified in the aftermath of Chalcedon, and in particular from the early sixth century, across the Eastern Mediterranean. The enquiry intends to elucidate the default Christological position of the “miaphysiteµ Armenian Church in a period of primary significance for its theoretical and political development, namely, the first half of the eighth century. After providing the historical context of the intellectual networks and ties in seventh/eighth century Armenia, this study seeks to offer a novel interpretation of Armenian patristic thought and to shed light on the philosophical quality of Xosrovik’s texts. Meanwhile, it intends to highlight Xosrovik’s familiarity with the major Chalcedonian thinkers of the sixth century John the Grammarian and Leontius of Byzantium. 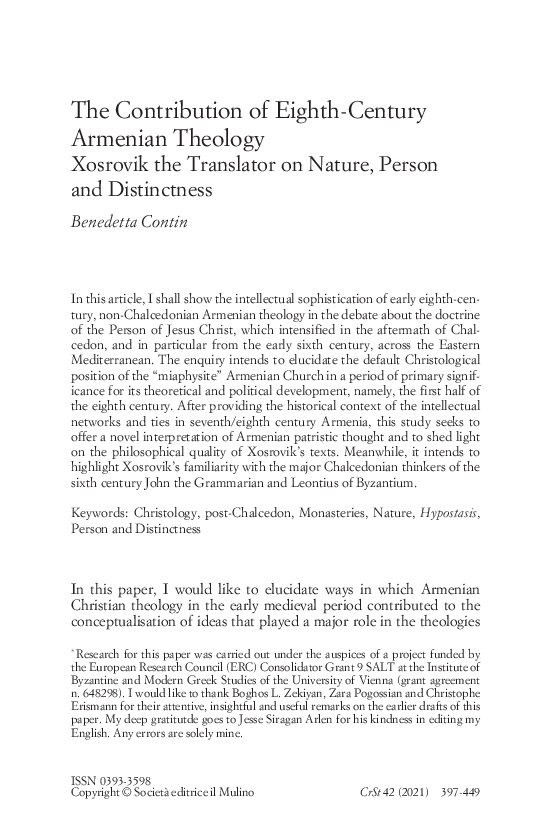