This article is about the implications of the implementation of the Concordat of Bologna (1516) for the collation of, and election to, consistorial benefices, and in particular the election of bishops, in the kingdom of France. The Concordat, issued by the Fifth Lateran Council, instated royal presentments of candidates for the Holy See to approve. As it replaced the so-called Pragmatic Sanction of Bourges (1438), it represented a watershed in the evolution of the Gallican ideology. Indeed, since the Sanction had made its way into the decrees of the Council of Basel, its abolition required the weight of conciliar authority to be firmly grounded in canonical terms. Eventually, the conciliar heritage of the Gallican ideology was profoundly modified by the new regime initiated by the Concordat and the latter’s long-lasting effects on, and implications for, the ancien régime Church of France were momentous. 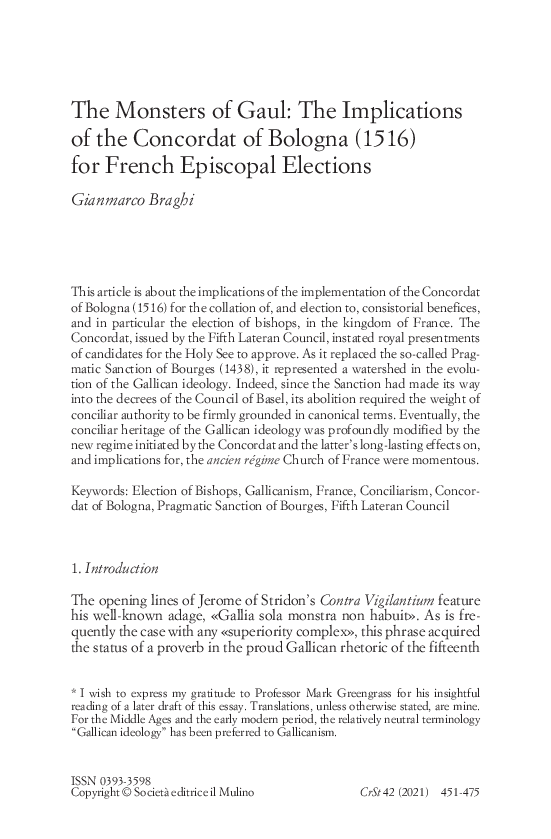