It can be said that there are not valid reasons to assert that Dionisius of Alexandria's adversaries were moderate Monarchians, who would have used the term 􀀃ὁμοoύσιoς􀀃 to deny somehow the subsistence to the Logos. Instead, such adversaries might be Alexandrian believers that had used 􀀃ὁμοoύσιoς􀀃 to state that the Logos shared the Father's divinity, as shown by the examples brought forth by Dionisius of Alexandria, through which he interprets the trinitarian use of the term. Concerning the eventuality of a sentence against the 􀀃ὁμοoύσιoς􀀃 in the council of Antioch of 268, with respect to the doctrine of Paul of Samosata, what is reported by Ilarius could be but a misunderstanding of what the Homoeousians wanted to assert appealing to the statement of that council, wich, against Paul's doctrine, had strengthened the concept of subsistence of Logos using not only hypostasis but also ousia: the 􀀃ὁμοoύσιoς􀀃, intended by the Homoeousians as division of the paternal ousia, would have then compromised the statement that the Logos existed in his own specific ousia. 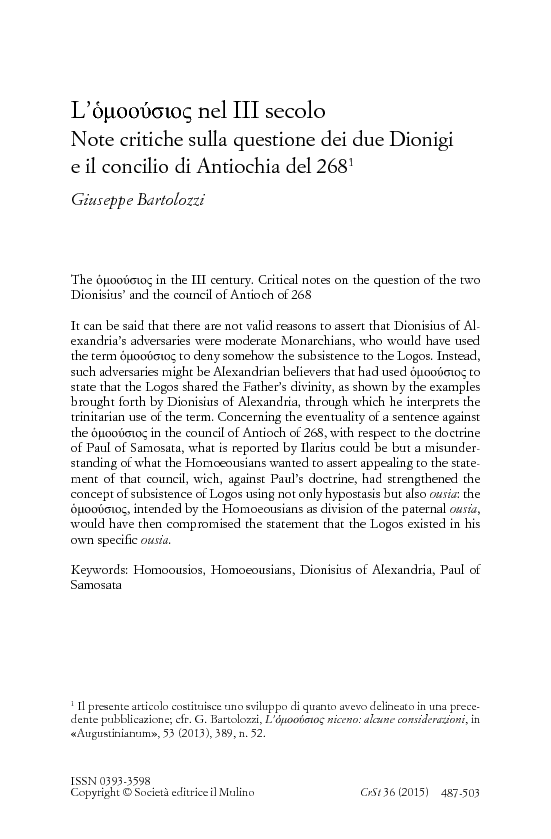