Voluntary urban reclusion in late medieval Italian cities remains a field of research yet to be fully investigated. The phenomenon has ancient roots in early Christianity but, in the late Middle Ages, acquired previously unknown dimensions or, at least, visibility. This paper compares the results of research conducted by Allison Clark Thurber on Siena and of Eleonora Rava on Pisa, highlighting in both cases the unique characteristics of the phenomenon within each city, as well as the nature of the relationship among reclusion, local community, and municipal institutions. Despite the different documentary sources and contrasting attention civil institutions gave to recluses, both cities demonstrated varying types and degrees of the phenomenon of voluntary urban reclusion. 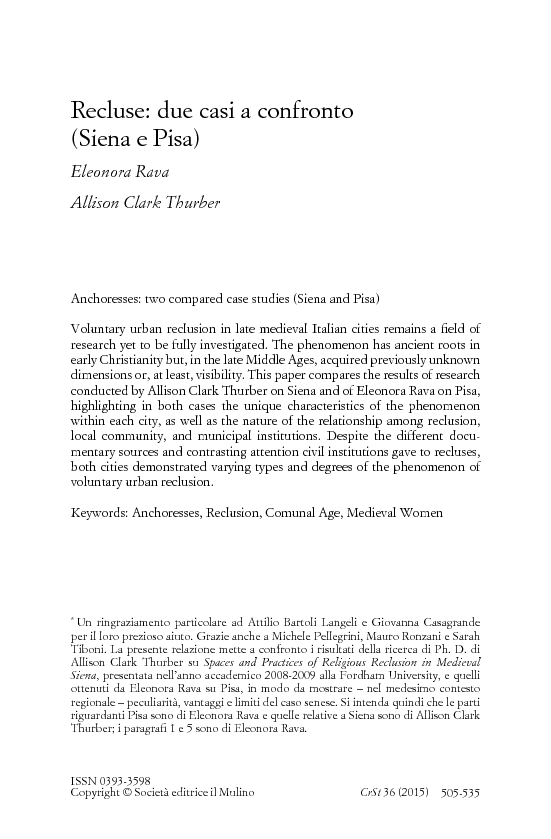