We can group the "Origenian studies" in the years 2001-2011 under four words: logos, incarnation, ethics and language. The Origenian logos present a challenge to contemporary theology and require a distinction to be made between logos and Gospel, in order to study their distance and their proximity. An 'against', an 'anti', a 'coupure', and a doorway, an opening and a possibility of iteration converge to heighten the critical quest. Incarnation and Christology intersect, guide and benefit from the work of editing, translation and commentary on Origenian texts. "Ethics", in its multiple individual, ecclesiastical and political aspects, seems to be the subject that emerges. Finally, a new focus is drawn to the language and style and a reconsideration of rhetoric, literary form and lexical elements is proposed as a way to penetrate Origenian thought. 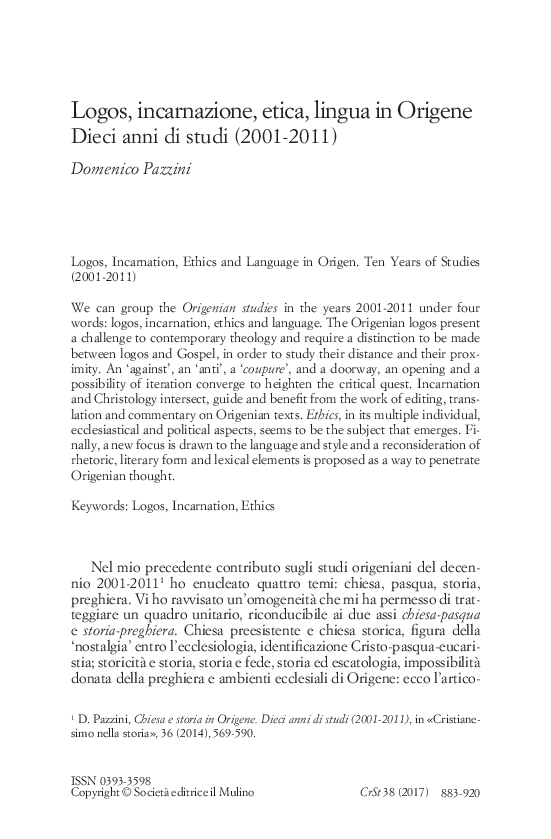