The article analyzes Rod Dreher's best-selling book, "The Benedict Option", in the context of the recent trends in ecclesiology, and particularly in political theology in the United States. The book is one of the recent calls for a complete withdrawal from the public square - almost a "compelle intrare" in reverse, 'compel them to get out' of 'post-Christian', secular, multi-cultural, and multi-religious societies. There are not only political, but also ecclesiological consequences for embracing 'the Benedict option': among them, the rejection of the idea of the common good, the return to a spurious form of political Augustinianism, and more generally the re-enchantment with Christianity before the 1960s as a golden past. 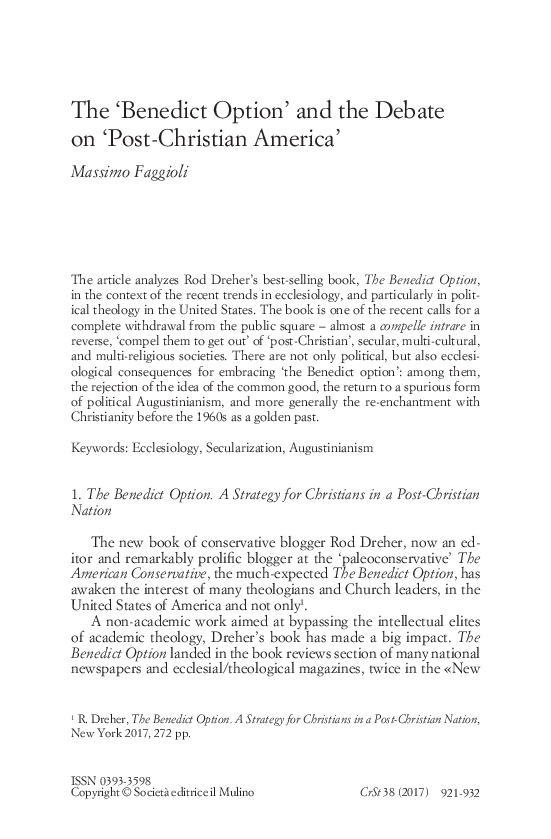