The aim of this article is to highlight the path taken by «Annali di storia dell’educazione e delle istituzioni scolastiche» from 1994 to the present. The article illustrates, on the one hand, the cultural project and the identity of the founding group and its scientific committee, and, on the other hand, the structure of the publication and its contents. Special attention is given to the space that the scientific journal has devoted to the university. «Annali» has in fact focused on many historiographical issues and intersections that have contributed to tracing the history of the university, such as the birth and evolution of specific universities and faculties before Italian Unification and, later, of the national university system. These reflections are intertwined with the evolution and development of Italian society, the training of the ruling classes, and the student curriculum. Some contributions have placed this tradition within a broader geographical frame to show the European filiation of this sector of education. An analytical and statistical appendix makes it possible to carry out a quantitative analysis of more than five hundred published articles, allowing readers to identify, for example, the most represented historical periods, the share of articles in foreign languages, the geographical areas and personalities of greatest interest, and the list of authors who have written their «school memoirs» for the journal 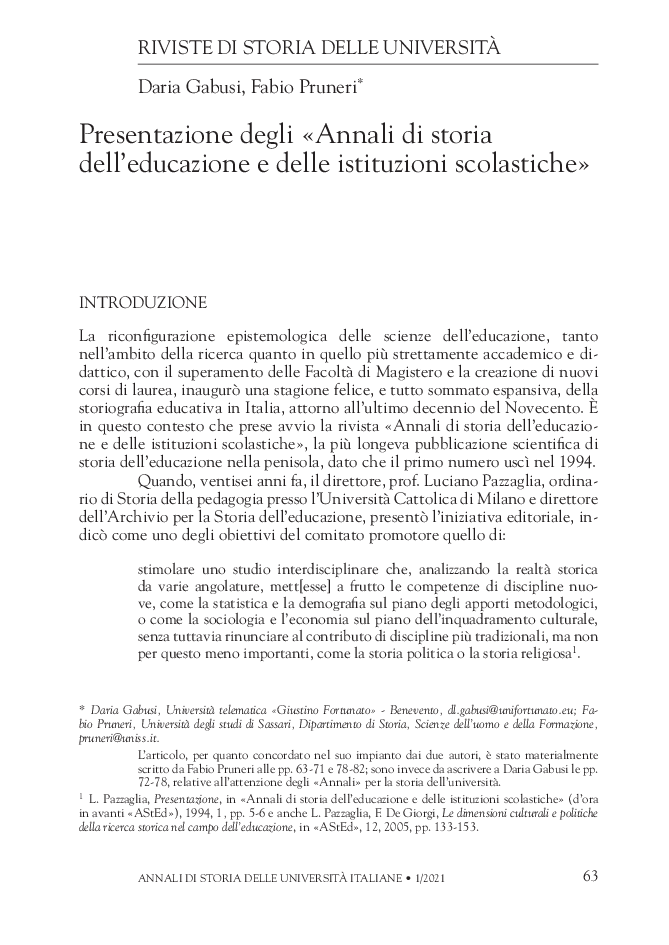