The Museum of Natural Environment of the University of Salento (MAUS) houses fossils and historical scientific equipment. The natural and science history museum is located a few kilometres from the centre of Lecce and is part of the University’s Museum System (SMA). MAUS was born of the work, dating back to the late 1970s, of University teaching staff and enthusiasts, whose aim was to valorise the wealth of Salento’s fossil finds and scientific culture. The Museum’s collections comprise fossils originating above all, but not exclusively, from deposits of the Miocene and Cretaceous periods discovered in Salento. The specimens are of great scientific importance, considerable size and, to an extraordinary degree, intact. The collection of scientific instruments dating largely from the second half of the nineteenth century comprises dozens of instruments used by teachers in Salento for physics research and education. Today’s exhibition is the first stage of a project that aims to develop new diverse forms of interaction with visitors and to make MAUS a point of reference for the public, contributing to a future where economic and cultural development work together to protect and regenerate the local environment. 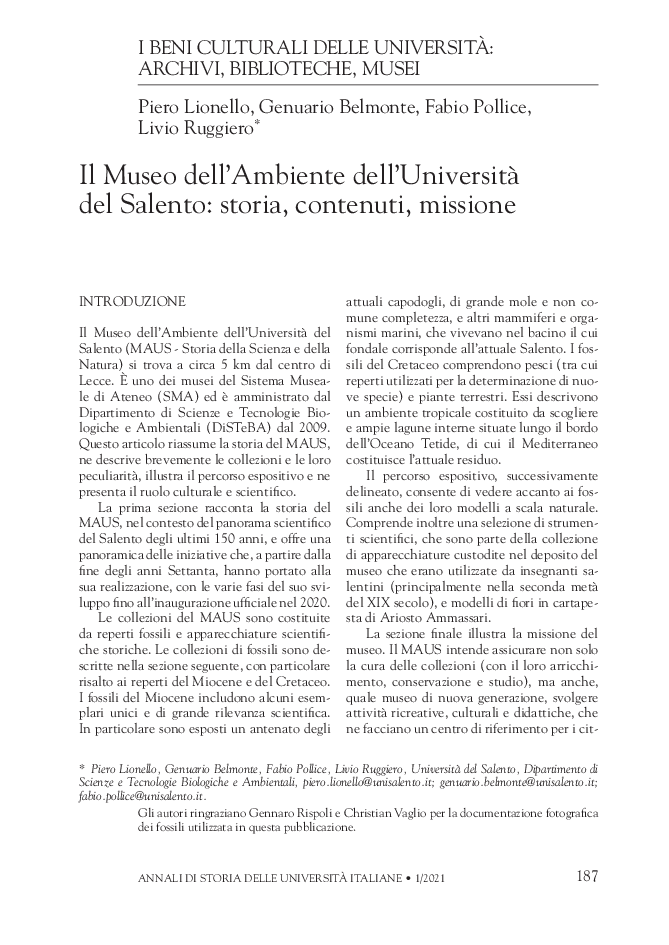