With the bull Cum sepe contingat (1219) Honorius III granted the archdeacon of the cathedral of Bologna the faculty to confer the licentia docendi after an examination by the doctors of the University of Bologna. In the Italian Studia generalia, inspired by the Bolognese model, the office of chancellor was generally attributed to the bishop, but this was achieved progressively, through the theoretical elaboration of the jurists (in particular developed around the concepts of Studium generale and licentia ubique docendi) and the interventions of the universal powers (Papacy and Empire), which were later incorporated into the university statutes. The fundamental role of guarantor played by the chancellor during the verification of the candidate for the license to teach ubique, and the other tasks assigned to him in a wide range of aspects concerning the Studium, formed the basis for the undisputed prestige of the bishop-chancellor, who was defined in the sources as «caput Studii principale». 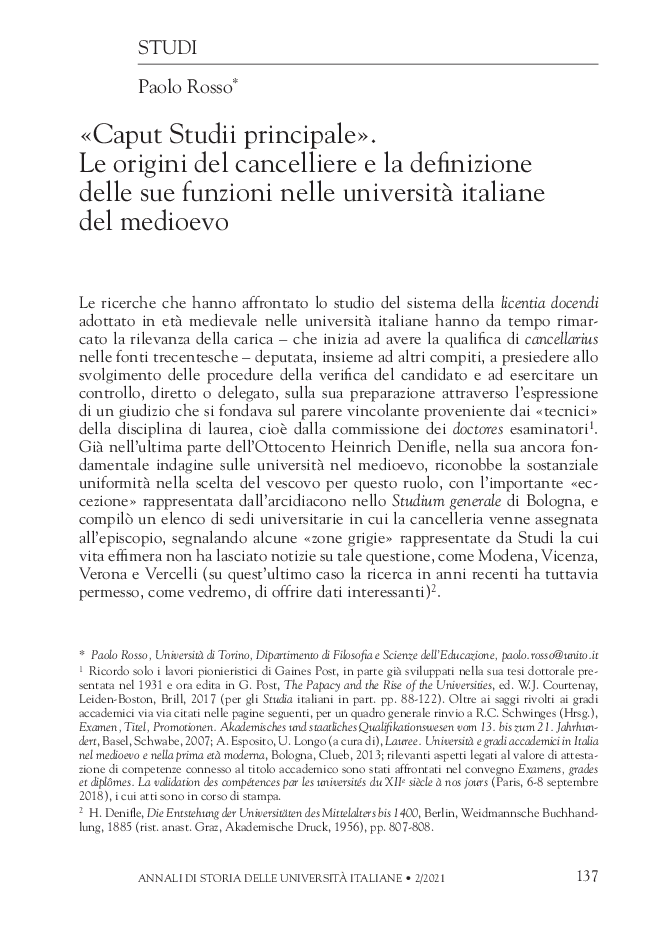