Starting from the minutes of the graduation in utroque iure, this essay examines closely some aspects of Benvenuto Stracca’s life, starting from the date on which the jurist would have graduated, which historiography has placed in 1538 and which the papers indicate as 30 April 1537. In order to reduce the time of the ordinary iter studiorum and to take the public examination in the sacristy rather than in the cathedral, Benvenuto asked and obtained the suitable dispensations. A further element of attention concerns the name of Benvenuto’s father, called in both the acts of presentation to the corporation Giovanni Giacomo instead of Anton Giacomo, such as unanimously outlined by literature. Of particular importance, finally, are the doctores whose lessons Stracca could attend in Bologna and those with whom he graduated 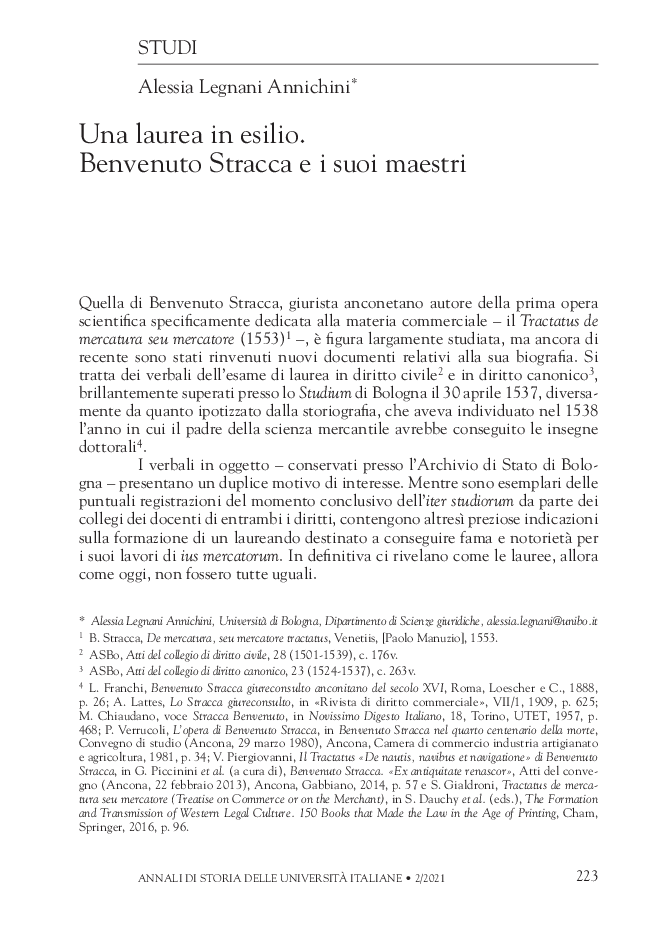