As were other young people, French students were taken by surprise by the declaration of war and the general mobilization announced on 1 August, 1914. To a greater extent than their professors, students were forced to leave for the front: young single males could not avoid conscription, and even received early call-up. From the end of 1914, French universities suffered a drastic decline in student numbers, a 75 percent drop in 1915, and a further two-thirds in 1917. Those who were able to continue their studies were women, non-French nationals (although many returned home or were mobilized in their countries), and those declared unfit for military service. Universities were therefore forced to make changes to their teaching programmes and the war years led professors and deans to reflect on changes needed in teaching methods. The blood bath did not spare students' lives, and their sacrifices were celebrated with monuments to the fallen erected in universities from 1919 onwards. The surviving and newly enrolled students who re-established student associations after the War were critical of the reforms undertaken by the government, which they held to be insufficient. 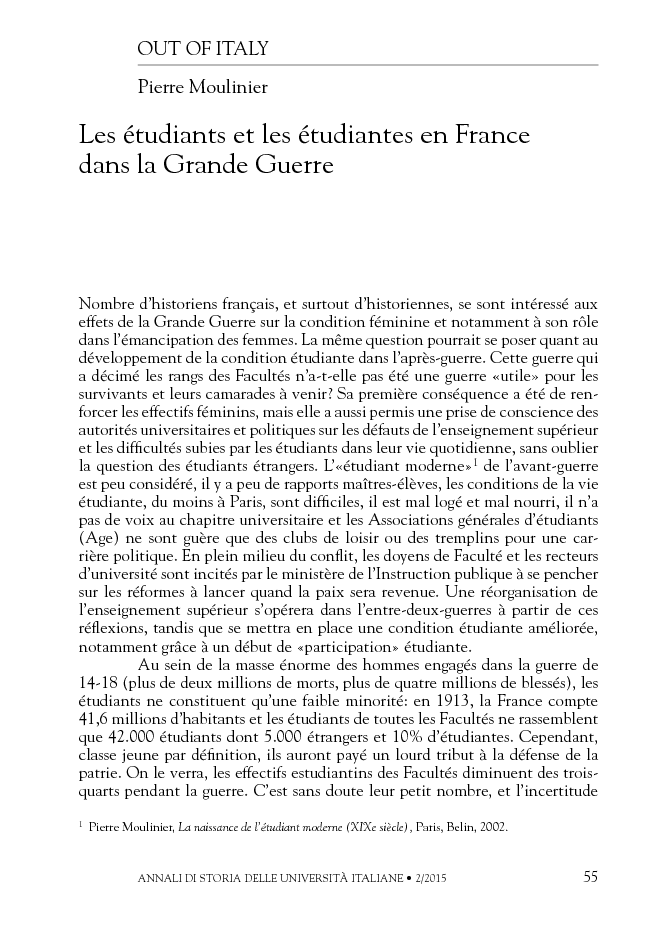